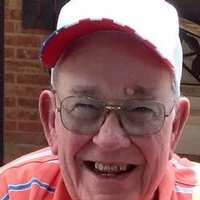 James Buford Lockett, age 88 passed away November 11, 2015 at Covenant Medical Center in Lubbock, TX following an illness. He was born October 6, 1927 in Vernon, TX to the home of John Bell and Edith (Litchfield) Lockett. He attended school in Lockett, TX graduating from South Lockett High School in 1945. While in high school he was active in school athletics participating in basketball and football. Following graduation he enlisted in the U.S. Army on September 1946. The served his basic training at Fort Bliss, TX and was stationed in Japan for 18 months. Following his honorable discharge on March 3, 1948 he returned to Lockett before moving to Melrose, NM to help his eldest brother with his farm. While living in Melrose he met Katherine Gonzales. They were married April 14, 1950 in Melrose. They made their home in Fort Sumner where Buford worked for the railroad and later managed the Rio Pecos Truck Stop. Katherine was employed as a nurse at De Baca General Hospital. She later attended and graduated from ENMU Roswell in 1970 as a Registered Nurse. She continued to work at De Baca General for 52 years with many years as Director of Nursing. Buford and Katherine would have celebrated their 66th wedding anniversary in April. To this union was born one daughter, Beverly Ann Lockett, she attended Fort Sumner schools, and graduated valedictorian of the class of 1971. Beverly married Gilbert Lopez October 28, 1972. They raised three children. Beverly passed away in February 2015 following a long illness with Alzheimers. Buford enjoyed spending time with his friends, drinking coffee at Fort Sumner restaurant's and cafe's, and especially being with his family. He enjoyed walking his dog Smokey around Fort Sumner. His favorite NFL team was the Dallas Cowboys. He never missed a game. He enjoyed watching all sporting events. Buford is preceded in death by a daughter Beverly Lockett Lopez, his parents, a sister Karibelle Lockett, and three brothers Clint, Lester, and Clifford Lockett. Survivors include his wife Katherine G. Lockett of El Paso, TX, son-in-law Gilbert Lopez of Portales, three grandchildren Michael Lopez of El Paso, Charles Lopez of Hobbs, and Ashley Lopez of El Paso, four great-grandchildren Damien Maleik Lopez, Jade Aaliyah Lopez, Alena Brook Lopez, and Noah Oscar Arturo Lozano. A graveside service will be held at 3pm Wednesday, November 18, 2015 at Fort Sumner Cemetery, with Gilbert Lopez officiating. All arrangements are under the direction of Chavez Funeral Home, 830 N. Fifth Street, Fort Sumner, NM. (575) 355-2311.
To order memorial trees or send flowers to the family in memory of Buford Lockett, please visit our flower store.