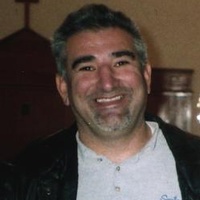 Frank Lueras, 56 of Santa Rosa, NM passed away Thursday, November 19, 2015 in Santa Rosa. He was born February 19, 1959 in Mountainair, NM to the home of Vernal and Mary Lou (Tapia) Lueras. He moved with his parents to various communities where his father worked construction including Gallup, Mountainair, and Las Vegas. He made his home in Santa Rosa while in junior high school. Frank attended and graduated from Santa Rosa High School with the class of 1977. While in high school he participated in football and was the punter for the Santa Rosa Lions. He married Diana Padilla on April 22, 1977, one month before their graduation. Following graduation, Frank worked for many years in road construction as a heavy equipment operator. He later attended NMSU Carlsbad where he received his Associate Degree in Business. Frank and Diana moved back to Santa Rosa in 1993 to manage the family business, Pecos Bar and Grocery. For the past year Frank has been employed as a security officer for Whelan Security at the Santa Rosa auto distribution center. He was a member of St. Rose of Lima Catholic Church. Frank enjoyed playing pool, arrowhead and rock hunting, hiking, and hunting. He is preceded in death by his mother and father-in-law Floyd and Helen Padilla, two brothers-in-law Pat Flores, Floyd Padilla Jr. and a nephew Ivan Cave. Survivors include his wife Diana Lueras of Santa Rosa, two daughters Sabrina Flores (Louie) of Alamogordo, Katrina Collins (Ray) of Las Vegas, a son David Lueras (Heather Dostie) of Santa Rosa, his parents Vernal and Mary Lou Lueras of Las Cruces, a brother Bernal Lueras of Las Cruces, two sisters Grace Flores of Los Lunas and Liz Gutierrez (Bobby) of Los Lunas, nine grandchilden Louie Flores Jr., Cruz Flores, Rosa Flores, Raymond Collins Jr., Estevan Collins, Elias Collins, Christian Collins, Cadence Lueras, and David Lueras Jr. along with a host of other relatives and many friends. A rosary will be recited at 6pm Friday, November 20, 2015 from St. Rose of Lima Catholic Church in Santa Rosa, NM. Mass will be celebrated from the church at 9am Saturday, November 21, 2015 with burial following at St. Joseph Cemetery. Pallbearers will include Jimmy "Beak" Quintana, Bobby "Hogan" Lopez, David Lueras, Ray Collins, Louie Flores, Patrick Padilla, Joseph Flores, and Max Flores. Honorary bearers will be all his many friends. All arrangements are under the direction of Chavez Funeral Home, 923 S. Third Street, Santa Rosa, NM. (575) 472-3369.
To order memorial trees or send flowers to the family in memory of Frank Lueras, please visit our flower store.