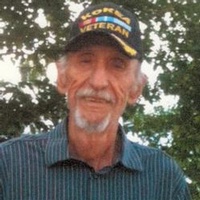 Luis Jose Flores, 83 a longtime New Mexico educator and administrator passed away Monday, February 1, 2016 at Vecino Sanos Assisted Living in Santa Rosa following an illness. He was born June 2, 1932 in Puerto De Luna to the home of Pablo Jose and Romana (Chavez) Flores. He grew up in Puerto De Luna where attended school, he graduated from Santa Rosa High School in 1949. Luis married Eloisa Esquibel on September 21, 1951 in Las Vegas, New Mexico. They celebrated 64 years of marriage this past year. Luis attended Highlands University for three years before being drafted into the U.S. Army in 1953. He was sent to Iwo Jima, Japan where he served as a medical aide with a M.A.S.H. unit. He was honorably discharged in 1955 with the rank of Sergeant. He returned to Highlands University where he completed his Master’s Degree in education using his G.I. Bill. He began his 33 years as an educator, teaching both elementary and secondary students before moving into administration and superintendent positions. He served San Miguel County schools, Mosquero, Jemez Springs, Thoreau’s St. Bonaventure Academy, and West Las Vegas. He also served as superintendent of Santa Rosa Schools for seven years. He retired in 1984. Luis was a talented musician; he played guitar, piano, and harmonica. He played in a band as well as for church services. He passed his love of music on to his children. His past times were the immaculate care of his yard and his asparagus crop which he shared with his family and friends. He enjoyed farming, gardening, and according to his family never drove by yard sale without stopping, he was a true “picker”. He was a member of St. Rose of Lima Catholic Church in Santa Rosa and Nuestra Senora de Refugio Catholic Church in Puerto De Luna. He was a life member of the VFW Post in Santa Rosa, Knights of Columbus Council #5146, and a member of the P.D.L. Card Sharks. A loving husband, father, brother, and grandfather, he will be missed by his wife Eloisa Flores of the home in Santa Rosa, a daughter Theresa Flores Trujillo of Mosquero, four sons Max Flores (Angelica), Ken Flores (Lucy), of Santa Rosa, Paul Flores (Melody) of Rialto, CA, and Ted Flores (Pam) of Castaic, CA, two brothers Alfredo Flores of Puerto De Luna, and Joe Robert Flores (Eva) of Albuquerque along with seven grandchildren, eight great-grandchildren and a host of other relatives and many friends. Services will be held at St. Rose of Lima Catholic Church, a rosary and eulogy will begin at 10am Saturday, February 6, 2016 followed by the funeral Mass. Burial will follow at El Calvario Cemetery in Puerto De Luna with Father Sotero A. Sena officiating. Urn bearer will be his granddaughter Bernadette Flores; honorary bearers will be all his grand and great-grandchildren. The family requests memorial contributions in memory of Luis J. Flores to the Knights of Columbus Building Fund, 437 S. 4th Street, Santa Rosa, NM 88435. All arrangements are under the direction of Chavez Funeral Home, 923 S. Third Street, Santa Rosa, NM. (575) 472-3369. To place an online tribute or sign the guest book, go to www.chavezfuneralhome.com
To order memorial trees or send flowers to the family in memory of Luis J. Flores, please visit our flower store.