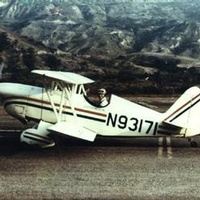 Charles “Charley” Lewis Babb died February 17, 2016 in Santa Rosa, NM. He was 79. Born April 2, 1936 to Lewis and Elsie Babb, Charley spent most of his early years in Corona. Growing up, he dreamt of exploring the world, of visiting the places he’d read about in books. After graduating from Corona High School in 1954, he took the first step toward that goal by joining the United States Air Force. After leaving the military, he continued to serve the nation; working on some of the country’s most advanced scientific and military programs, including the Apollo missions, the Poseidon and Minuteman missile programs and the National Science Foundation’s Deep Sea Drilling Project. His travels ultimately took him through all five oceans and to all seven continents, including Australia where he met Robyn, his wife of 46 years. Throughout his life, Charley had a passion for flying, sailing, deep sea fishing, skiing, fast cars, traveling and World War 2 history. He was many things throughout his life…airman, pilot, sailor, engineer, veteran, world traveler, husband, father and “papa”. He leaves behind his wife, Robyn, his children Christopher and Allison, his son in law Marcus, three beautiful grandchildren — Nicola, Bailey and Jayce — and his sister Betty. He is now reunited with his parents, sisters and brother, as well as his beloved son, David, in the next life. Funeral services will be held at 11am Tuesday, February 23, 2016 at Saint Teresa Catholic Church in Corona. All services for Charles have been entrusted to the Chavez Funeral Home of Santa Rosa. To place an online condolence please visit our website at www.chavezfuneralhome.com
To order memorial trees or send flowers to the family in memory of Charles Babb, please visit our flower store.