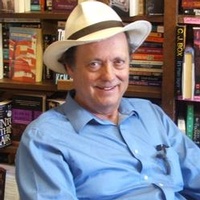 Myron Lee Morris, 63 of Amherst, Texas passed away Wednesday, May 4, 2016 at University Medical Center in Lubbock, Texas following an illness. Myron was born June 4, 1952 in Roswell, the son of Myron and Melbalene Benton Morris. Myron Lee graduated from Fort Sumner High School in 1970 and was the valedictorian of his class. He played the cornet in the FSHS band. Throughout high school, he worked hard on the family's sheep and alfalfa farm in the Fort Sumner Valley. Myron attended New Mexico State University, studying electrical engineering, and then transferred to the University of New Mexico. He completed a bachelor of business administration degree, with an emphasis in accounting and management. Myron Lee began his career with Gifford-Hill American in Dallas, now known as Hanson Concrete Products, which manufactures large-scale concrete and steel pipe. During the interview process, Myron Lee scored higher on the math test than any previous applicant in the company's history. He later worked for a subsidiary of the company, Ameron International, working first as a full-time employee and later as a contractor. He was a highly skilled AutoCAD draftsman, designing concrete and steel pipe; he was presented with several customer service awards. He worked for these companies for more than 35 years. He was dedicated to his work, turning in a project just three days before his death. Myron made his home in Dallas, Texas, central California, and currently was living in Amherst, Texas. He loved all animals and had a special affinity for cats. He enjoyed growing a vegetable garden, taking walks in the sunshine, and playing racquetball and tennis. He played tennis competitively while living in Dallas. He was raised in the Baptist church. According to his sisters, Myron was somewhat of a health nut; he avoided eating white flour, white sugar and red meat. He was an easygoing, quick-witted jokester who was known for his clever quips and his ability to make people laugh, even during difficult times. Myron is preceded in death by his father Myron Morris in 1980, his mother Melbalene Morris Bibby in 1999, and a sister Gwen Morris Sena in 2003. Survivors include three sisters, Gail Morris of Amherst, TX, Margo Morris, and Libbye Morris both of Albuquerque, NM, two nephews Christian and Renee Sena of Mesquite, Texas and Gino Sena and Jeannette Diaz of Lubbock, TX, two great nephews, Isaiah Sena and coming soon Josiah Sena of Lubbock, TX. Visitation will be held Saturday from 9am until service time at the funeral home. A graveside service will be held at 11am Saturday, May 7, 2016 at Fort Sumner Cemetery with Rev. John Russo officiating. Burial will be in the Morris family plot. All arrangements are under the direction of Chavez Funeral Home, 830 N. Fifth Street, Fort Sumner, New Mexico. (575) 355-2311.
To order memorial trees or send flowers to the family in memory of Myron Lee Morris, please visit our flower store.