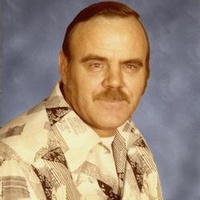 A memorial service for James "Jim" Wells, 76 of Portales, NM will be held at 10am Friday, May 27, 2016 at the Chavez Funeral Home Chapel in Fort Sumner. Jim passed away Friday evening, May 20, 2016 at Lubbock Heart Hospital following a sudden illness. He was born September 30, 1939 in Portales. Jim married Patricia Terry, they made their home for many years in Danville, AK where Jim was employed in the processing plant at Wayne Feeds. They made their home in Portales in 1994. Following Patricia's death Jim made his home in Portales, Tatum, and Fort Sumner. Jim had a great sense of humor, he loved spending time with his family, playing the guitar, singing, and driving Patricia to yard sales on the weekends. Jim is preceded in death by his wife Patricia Wells in 2000, his parents, Alvin and Oma Wells; two brothers David Wells and Kenneth Wells, two sons-in-law Darryl Buxton, and Mike Fuentes, a brother in law Jimmy Garrison, two sister-in-laws; Edna Fabian and Winona Wright, and his father and mother-in-law Lewis and Opal Terry. Survivors include a son Darryl Wells of Tennessee, three daughters Betty Beckwith of Portales, Sonya Fuentes of Portales and Judy Wells of Fort Sumner, one sister Maverene Garrison of Waveland, AK and a sister in law Emily Wells of Tatum, NM along with 13 grandchildren and 15 great-grandchildren along with a host of other relatives and friends. Arrangements are under the direction of Chavez Funeral Home, 830 N. Fifth Street, Fort Sumner, New Mexico. (575) 355-2311.
To order memorial trees or send flowers to the family in memory of James "Jim" Wells, please visit our flower store.