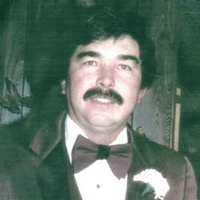 Arthur Ortega, age 75, passed away Thursday, July 7, 2016 at the Christus St. Vincent Hospital in Santa Fe following an illness. Arthur was born on February 28, 1941 in Anton Chico, NM to the home of Aurelio and Antonia (Chavez) Ortega. He was reared and attended schools in Santa Rosa. Arthur served his community as a County Commissioner, School Board Member and Volunteer with the Santa Rosa Fire Department where he served as Chief. He was also self employed as a mechanic, owned and operated a gas station, wrecker service and a car hauler. He enjoyed fishing, hunting and dancing. Arthur married Ramona Casaus Chavez in 1977. He is preceded in death by his parents, his brother George Ortega and his sister Isabel Aguilar. Survivors include his wife Ramona of the family home in Santa Rosa, his children, Arthur Ortega, Jr and wife Reena of Minnesota, Nadine Nunez and husband Willie of Phoenix, AZ, Aaron Ortega of Phoenix, AZ, Darren Ortega and wife Tanna of Santa Rosa, his step children; Luis Chavez and David Chavez both of Santa Rosa and Eileen O’Shea of New Jersey. Also surviving is his sister, Clara Sisneros and husband Reynaldo of Albuquerque and his sister-in-law Dolores Ortega of Santa Rosa along with numerous nieces, nephews and a host of relatives and friends. Rosary services will be held on Sunday, July 10, 2016 at 6:00 PM from St. Rose of Lima Catholic Church in Santa Rosa, NM. Memorial Mass will be celebrated on Monday, July 11, 2016 at 10:00 AM also from St. Rose Church with Monsignor Anthony Bolman officiating. Burial of cremains will follow at St. Joseph Cemetery in Santa Rosa. Serving as Honorary Pallbearers will be; Eli Madrid, Robert Cordova, Fred Saiz, Moises Herrera and Andy Madrid. All services for Arthur have been entrusted to the Chavez Funeral Home of Santa Rosa. To place an online condolence please visit our website at www.chavezfuneralhome.com
To order memorial trees or send flowers to the family in memory of Art Ortega, please visit our flower store.