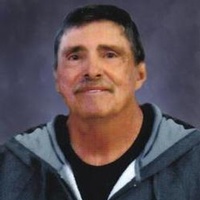 Rosary services for George Griego will be held on Tuesday, October 11, at 6:00 PM from St. Rose of Lima Church. Mass of Christian Burial will be celebrated on Wednesday, October 12, at 11:00 AM also from St. Rose of Lima Church with Father Sotero A. Sena officiating and Deacon Marvin Marquez assisting. Burial will follow at St. Joseph Cemetery. Serving as Pallbearers will be Charles Tapia, Jared Tapia, Kyle Tapia, Rudy Sanchez, Rich Sanchez,Jeff Sandoval, Eric Sandoval, Freddy Garcia, Rick Luna and Paul Sanchez. Serving as Honorary pallbearers will he all of his nieces and nephews and golfing buddies. George passed away on October 7, at the Guadalupe County Hospital following a sudden illness. He was born on January 1, 1934 in Santa Rosa to the home of Pablo and Bertha (Alarid) Griego. He was reared and attended schools in Santa Rosa graduating from Santa Rosa High School in 1953. Immediately after High School George enlisted in the United States Army. George was proud that he was a Military Police Officer and would often tell his nieces and nephews stories about when he was in the military. George was honorably discharged as a Corporal in 1955. From there he went to serve in the Army Reserves until 1961. George met the love of his life, Evelyn Sanchez and married her on January 8, 1971. On October 17, 1986, George and Evelyn had their marriage blessed through the Catholic Church by Father Sotero Sena. George was a jack of all trades and Master of All. Throughout his lifetime he worked for the State Highway Department, various service stations, Holiday Inn, assisted in building the new pier at the Park Lake, the golf course and had recently been working with ENMRSH until he retired at the age of 80. You would often see George working on his yard and also helping his neighbors Laute and Florence Lucero with their yard. He loved to build birdhouses, trinkets, do yard work, and you would not dare say anything bad about the Dallas Cowboys or the Santa Rosa lions as those were his teams. He also served as a little league coach and umpire for many years. George had a strong love for his wife Evelyn, his family and especially ALL his nieces and nephews. He had many friends that he valued especially all his golfing buddies. He was an all-around people person who would do anything for anybody. He is preceded in death by his parents, his older brother Charles A. Griego, his mother and father in law Anselmo and Josie Sanchez, his brothers in law, Richard Sandoval, Tony Sena, Adolfo Luna, Manuel Romero, Arthur Sandoval and Al Nelson, his nieces and nephews, Kevin Charles Tapia, Robert Griego, Louie Luna, Steven Griego, Jerry Griego, Adrian Anthony Griego, Carlos Crespin, Sonya Crespin, Troy Pino, Mariah Sanchez and Naomi Romero. Survivors include his wife Evelyn of the family home in Santa Rosa, his beloved puppy Milo, his brothers and sisters, Annie Romero of Fort Sumner, Rose Luna of Albuquerque, Pablo Griego and wife Sophia of Santa Rosa, Nancy Sena of Santa Rosa, Erlinda Sandoval of Santa Rosa, Jimmy Griego and wife Gloria of Santa Rosa, Orlando Garcia and wife Priscilla of Santa Rosa, his brothers and sisters in law, Anthony Sanchez and wife Lucy, Maryann Weide and husband Dennis, Mamye Sandoval, Gerald Sanchez, Rudy Sanchez, Berna Foster and husband Malcolm, Lorraine Kavanaugh and husband Nick and Michael Sanchez and wife Kim of Santa Rosa. Also surviving are his Godsons, Chris Griego, Andrew and Alex Griego, Bernard Rivera, Jared Tapia and Dylan Sanchez along with numerous nieces, nephews and a host of relatives and friends. All services for George have been entrusted to the Chavez Funeral Home of Santa Rosa. To place an online condolence please visit our website at www.chavezfuneralhome.com
To order memorial trees or send flowers to the family in memory of George Griego, please visit our flower store.