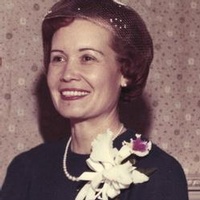 Brentye Linville was born June 21, 1925, in the small town of Bokchito, Oklahoma, just across the Red River from Texas. Brentye’s maternal grandparents were cotton farmers in Bokchito who helped raise her. She was especially close to her grandfather, Walter Parish. From ages five until fifteen, Brentye lived through two of the most devastating periods in American history – The Great Depression and the Dust Bowl. The latter had dire consequences for her home state of Oklahoma and the farmers who lived there. Brentye graduated high school in Bokchito. After World War II broke out, Brentye moved to Ft. Worth, Texas, where she found work at Consolidated Aircraft which built the B-24 bomber known as “The Liberator.” Brentye later moved to Houston, Texas, where she held secretarial positions with Core Laboratories and Geigy Pharmaceuticals. It was at Core Labs where Brentye met her late husband, Donald Linville, who was a geologist. Brentye and Don were married for 47 years. After retiring, they eventually settled in Albuquerque, New Mexico, where they lived for more than 30 years. During that time, they loved to travel, shop for antiques, and frequent nearby casinos. Brentye also loved golf and was a huge fan of Tiger Woods. From her earliest years, Brentye was truly “one of a kind.” Brentye Linville was preceded in death by her mother, Jettie Lee Minor; her brother Edward Earl Davidson; and her husband, Donald Ross Linville. Brentye Linville is survived by cousins Ann Morrison of St. Petersburg, Florida; Nelda Cole of Palestine, Texas; Dan Beauchamp of Bisbee, Arizona; Rheba Hewitt of Calimesa, California; and Steve Beauchamp of Granbury, Texas. Brentyne passed away Thursday, November 25, 2016 in Albuquerque, NM. Funeral services were held at 1:00 p.m., Sunday, November 27, 2016 at the Chavez Funeral Home in Santa Rosa, NM, burial followed at Evergreen Cemetery. Arrangements are under the direction of Chavez Funeral Home, 923 S. Third Street, Santa Rosa, New Mexico. (575) 472-3369. To place an online condolence please visit our website at www.chavezfuneralhome.com.
To order memorial trees or send flowers to the family in memory of Brentye D. Linville, please visit our flower store.