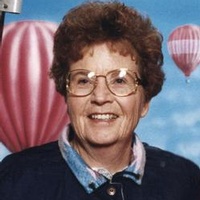 Clara Von Martin, 85 of Albuquerque, NM peacefully passed away Saturday, November 26, 2016 at her home with her family by her side. She was born November 22, 1931 in Field Creek, Texas to her parents Archie Pope and Hazel (Morgan)Shirley. She grew up in Fort Sumner, NM and graduated from Fort Sumner High School. Clara married James R. Martin on March 25, 1950 in Clovis, NM. They made their home in Albuquerque in 1967 where Clara worked for many years with Albuquerque Public Schools as an Administrative Secretary, Budget Analyst, Administrative Financial Overseer - Account Authority. She retired from APS on February 14, 1993. Clara is preceded in death by her parents, Archie and Hazel Shirley and her husband James R. Martin on April 5, 2012. She is survived by her brother Vernon Shirley of Mason, Ohio, also by her only son Richard Martin and his wife Maria Martin of Rio Rancho, NM; her four daughters Delores Martin of Mountainair, NM, Robbie Morgese and husband Richard Morgese of Corrales, NM, Wanda Durant of Albuquerque, NM and Cheryl Black and her husband Lonnie Black of Mesa, Arizona. Also surviving are 15 grandchildren, 24 great-grandchildren, and one great-great grandchild. Visitation hours will be Tuesday from 1pm to 6pm at Chavez Funeral Home and Wednesday from 10am to 11am at First Baptist Church. Funeral services will be held at 11am Wednesday, November 30, 2016 at First Baptist Church in Fort Sumner with Rev. John Russo officiating. Burial will follow in the Shirley family plot, Fort Sumner Cemetery. Pallbearers will include Michael Martin, Timmy Stanford, Keith Stanford, Adam Durant, Buckley Durant, Jeremy Durant, Joshua Durant, and Michael Everett. Honorary pallbearer is Richard Martin. All arrangements are under the direction of Chavez Funeral Home, 830 N. Fifth Street, Fort Sumner, New Mexico. (575) 355-2311. To place an online tribute or sign the guest book go to www.chavezfuneralhome.com
To order memorial trees or send flowers to the family in memory of Clara Von Martin, please visit our flower store.