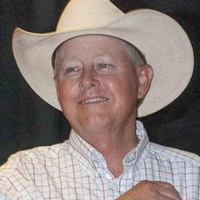 Services for De Baca County rancher Mark E. McCollum, 58 will be held at 2pm Saturday, January 7, 2017 at the Fort Sumner Church of Christ. Burial will follow in the McCollum family plot, Fort Sumner Cemetery. Pallbearers will include Tom Bob Wilton, Moe Berry, Sean Reagan, Mike West, Jim Koontz, Lecil Richards, Daniel Heredia, and Shem Oliver. Mark passed away at his ranch home south of Fort Sumner on Monday, January 2, 2017. Mark Enochs McCollum, was born in Clifton, Texas on July 1, 1958 to the home of Foris Theodore and LeNell (Enochs) McCollum. His time as a Texas resident was short lived as his father moved the family to the family ranch just a short two weeks after Mark's birth. The ranch just southwest of Ft. Sumner would serve as the classroom Mark loved best. This is where his intense love of God's creation and desire to be in the beef industry began. Mark along with his brother, Ted, started a dry lot sheep feeding operation while in junior high and high school, which would foreshadow a later move into the beef feeding industry. Mark graduated from Fort Sumner High School in 1976. Upon graduation, he planned to stay at the ranch, his father insisted he seek training in an additional field he could fall back on if the beef business didn't work out. Mark attended automotive mechanics school at Texas State Technical Institute with the thought that he could always use this knowledge to work on ranch equipment when he got back to what he really enjoyed , ranching. After automotive mechanic school he returned to the family ranch and began building his cow herd and leasing local grass. A local rancher suggested he attend the Texas Christian University Ranch Management program. Most appealing was the curriculum which contained no English, Science, History or Math classes; just nine months of core ranching classes and travel around Texas, Kansas, and Oklahoma visiting successful agricultural operations. Mark immediately applied and to his surprise was selected for the 1978-79 class. To this day he credits the time spent at TCU as the second best time he ever invested. After graduating TCU, he proposed to the love of his life: Kimberly Jo Gunn, his high school sweetheart and the first and last girl he ever dated. They were married on March 13, 1981 in Fort Sumner, NM. Together they managed ranches in New Mexico and Texas, including the OxBow ranch near Turkey, Texas before returning home to the ranch at Ft. Sumner in the mid-1990s. Mark and his brother Ted bought McCollum Cattle Company from their father. At the time McCollum Cattle was a cow/calf operation. In addition to managing the McCollum ranch south of Fort Sumner, the company branched out into the feeder cattle business, pasturing yearlings in New Mexico, Texas, Colorado, and Nebraska. Shortly thereafter the company purchased a preconditioning feed yard near Clovis. Recently they joined several other cattlemen and bought Frontera Feed Yard, formerly West Tex Feedyard, in Muleshoe, Texas. Mark was always committed to furthering the beef industry and promoting agricultural careers to future generations. This belief drove Mark to be very involved in many youth ag activities. Mark served as board chairman for Ag New Mexico Farm Credit board of directors; he served on the De Baca county Farm Bureau board of directors, was a member of the De Baca Soil and Water Conservation district and most recently appointed to the New Mexico Beef Council. His business association with these organizations broadened Marks circle or friends and associates. Mark is preceded in death by his mother and father Ted and LeNell McCollum, his maternal grandparents Joe W. and Blair Enochs, his paternal grandparents, F.T. and Lucille McCollum, and a nephew Colten Gunn. With all their adventures and accomplishments, Mark and Kim will immediately point to their family as their greatest accomplishment. The biggest source of joy and accomplishment for Mark lies with his family, his wife Kim McCollum of the family ranch south of Fort Sumner, their children: son Ryan McCollum and wife Kelsey, their children Lacey and Colby of Fort Sumner, and their daughter Megan Broyles with husband Brennan and their children, Branson and Bosten of Hamilton, Texas. Mark is also survived by a brother Ted McCollum of Amarillo, Texas, sister Marta Gilbert and her husband Danny of Geromino, Texas, his in-laws G.A. and Naomi Gunn of Fort Sumner, brother in law Clifford and Beverly Gunn of Fort Sumner, and sister in law Brenda Nolan of Rapid City, SD, along with several nieces, nephews, other relatives and many good friends and neighbors. Mark is quick to talk of his love for Jesus and his gratitude to God for allowing him to care for some of the cattle on a thousand hills. Even more, he is thankful for being given a wonderful family, life, and long list of acquaintances in the great state of New Mexico. Memorials may be made in Mark's memory to the McCollum Scholarship Fund, P.O. Box 287, Fort Sumner, New Mexico 88119 or American Cancer Society Hope Lodge, 3511 Tenth Street, Lubbock, Texas 79415. The casket will be closed at the funeral, friends may visit the funeral home on Friday from 10am to 6pm. Arrangements are under the direction of Chavez Funeral Home, 830 N. Fifth Street, Fort Sumner, New Mexico. (575) 355-2311. To place an online tribute or sign the guest book go to www.chavezfuneralhome.com
To order memorial trees or send flowers to the family in memory of Mark E. McCollum, please visit our flower store.