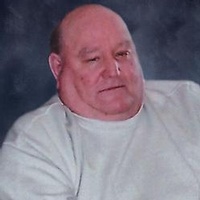 Graveside services for Lloyd Morris will be held at 2pm Friday, January 27, 2017 at Fort Sumner Cemetery, Anna Teeter-Gentile will officiate. Military honors will be provided by the U.S. Army funeral Detail. Lloyd Wise Morris, age 69 of Fort Sumner was born December 22, 1947 in Fort Sumner to the home of Ira Lee Morris and the former Wana Alice Bradshaw. He attended Fort Sumner Public Schools. Lloyd served in the United States Army for two years and in the Army reserves four years. He worked for many years as a farm and ranch laborer. He worked for Wheat Heart Feeders for 7 years, as a truck driver for Dickerman Trucking and as a ranch hand for Ralph Cortese. Lloyd loved the ranch life and working with livestock. Lloyd was injured in a farm accident in the Fort Sumner valley in 1997. Although he was confined to a wheelchair for the past 20 years, he never lost his wit and sense of humor. He was grateful for the care and many friends he made at Clovis Healthcare and Rehabilitation Center in Clovis. He was a member of ZIA Roadrunner Paralyzed Veterans of America organization. Lloyd is preceded in death by his parents, and two brothers Harvey Wayne Morris and Chester Dale Morris. Survivors include a brother Donald Morris of Fort Sumner, a niece Michelle Morris of Boston, MA and Michael Morris of Lubbock, TX along with several cousins and many friends. Arrangements are under the direction of Chavez Funeral Home, 830 N. Fifth Street, Fort Sumner, NM. (575) 355-2311.
To order memorial trees or send flowers to the family in memory of Lloyd Wise Morris, please visit our flower store.