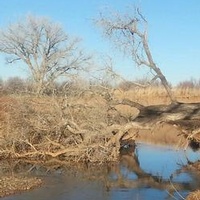 Melton Floyd (M.F.) Hailey 88 of Fort Sumner, NM passed away Wednesday, February 1, 2017 at Plains Regional Medical Center in Clovis following an illness. He was born December 13, 1928 in Dalhart, TX to the home of Melton Hailey Sr. and the former Annie Edna Thompson. He worked as a mine developer in Arizona and western New Mexico for many years. Melton made his home in Fort Sumner in the early 80's, he built and operated the Valley Car Wash east of Fort Sumner. Melton was a member of the Jesus Christ of Latter Days Saints church. He is survived by his longtime companion Willa Lee Brummett of Fort Sumner, two daughters Diana Coonce and husband Bob of Tucson, AZ, Phyllis Hailey of Clovis, one son David Hailey and his wife Joyce of Clovis, four grandchildren, and 6 great-grandchildren. A graveside services was held Thursday, February 2, 2017 at Taiban Cemetery with Bob Jacks officiating. Arrangements were under the direction of Chavez Funeral Home, 830 N. Fifth Street, Fort Sumner, New Mexico.
To order memorial trees or send flowers to the family in memory of Melton Floyd Hailey, please visit our flower store.