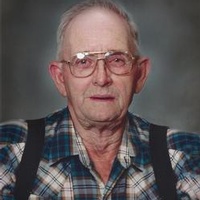 Richard "Dick" Lee Foster, 77 of Fort Sumner passed away Thursday, February 23, 2017 at his home in the Fort Sumner valley with his family at his bedside. Dick was born August 16, 1939 in Amarillo, Texas to the home of Frank Howard Foster and the former Hattie Jeanette Larimore. They lived in Vega, TX until Dick was 9. In 1948 they moved to Fort Sumner where Dick attended school. After he left school he went to work for a car dealership in Belen, NM for a short time. He returned to Fort Sumner and went to work for Mr. Boren at both the Rio Pecos and Flying Twin truck stops. On August 30, 1958 he married his high school sweetheart, Lola Fae Cones. In 1959 Dick went to work for Luther Pennington doing water well service. In 1961 he worked for Dennison Machinery Co. also doing water well service. In 1975 Dick started his own business, "Dick Foster Well Service". His company served a large area of New Mexico. He retired from the water well service in 1989 with his sons continuing on with the business. Being restless and feeling like he needed to be busy, Dick went to work for the Fort Sumner Irrigation District for 5 years, two years as Ditch Rider and three years as Manager. After that he went to work farming, for his good friend Joe Gammill. Dick along with his family and many other friends helped build the Fort Sumner Fraternal Order of Eagles Club, with Dick, a charter member, serving as their first president. Over the years, Dick had many interests besides working, his favorite thing was to ornery, he enjoyed gardening, fishing, hunting, dancing, and going into his shop and piddling with small engines. But most of all, Dick enjoyed family time the best. Dick attended The Church on The Hill in Fort Sumner with his wife, Cora Lee Foster. Dick is preceded in death by his parents, his first wife Lola Foster, five brothers, Buster, George, Jack, Jim, and Gene Foster, three sisters, Ruby Vance, Frances Speed, and Elsie Huddleston. Dick is survived by his wife Cora Lee Foster of the family home in the Fort Sumner valley, two sons Howard "Lee" and wife Karen Foster, and Bobby and wife Dusty Foster all of Fort Sumner, two daughters Chana Ryen of Clovis, and Amber Busby of Las Cruces, a sister Dolly and husband William "Bill" Vennum of Roswell, two brothers John and wife Jannie Foster of Lithia Springs, GA, and Bill Foster of Roswell. Dick was blessed to have 20 grandchildren, 37 great-grandchildren along with numerous nieces, nephews, other relatives and many good friends. The family requests memorial contributions to the American Cancer Society, 5800 Lomas Blvd, Albuquerque, NM 87110. Visitation hours will be Monday, February 27, 2017 from 1pm to 6pm at the funeral home. Funeral services will be held at 10am Tuesday, February 28, 2017 at the Chavez Funeral Home Chapel in Fort Sumner, NM. Burial will follow at Fort Sumner Cemetery with Anna Teeter-Gentile officiating. Pallbearers will be Joe Gammill, Travis Foster, Clifford Gunn, Chris Meadows, Justin Ingram, Tiny McKnight, Lewis Meadows, and Royce Foster. Honorary bearers will be A. J. Harden, Ben McKnight, and Anthony Coronado. All arrangements are under the direction of Chavez Funeral Home, 830 N. Fifth Street, Fort Sumner, New Mexico. (575) 355-2311.
To order memorial trees or send flowers to the family in memory of Dick Foster, please visit our flower store.