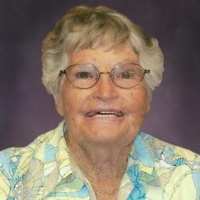 Agnes Ford, 86 of Fort Sumner, NM passed away Monday, March 13, 2017 at Heartland Continuing Care Center in Portales, NM following an illness. She was born July 09, 1930 in Midland, Texas to the home of Oscar and Bessie Mae (Lee) Stelzig. She attended schools in Midland and Progress, TX. Agnes married Jessie Clayton Ford on August 27, 1948 in Portales, NM. They made their home in the Fort Sumner valley in 1959. Agnes worked alongside Jessie in their mesquite grubbing business. She also owned and operated an upholstery business and managed the family orchard. Agnes was a homemaker and enjoyed planting a large garden every year, she was a member of the Valley Homemakers, a 4-H leader, and served as a judge at the De Baca County Fair. She and Jessie enjoyed square dancing, and spending time with their grandchildren. Agnes is preceded in death by her husband Jess Ford on December 4, 2011, a grandson Bandy Runyan in 2003, her parents, four brothers Bill, Lawrence, Delbert, and Pete Stelzig, three sisters Jennye Russom, Ethel Jaquess, and Betty Cumpton. Survivors include a daughter Patsy Runyan and husband Drew of Portales, a son Jesse Ford and wife Susan of Fort Sumner, grandchildren Richard Ford and wife Marcie of Glenco, NM, Franklin Ford and wife Trish of Amarillo, TX, Quinton Ford of Fort Sumner, and Crystal Boyd and husband Justin of Fort Sumner, great-grandchildren Clayton and Logan Boyd, Peyton and Macy Ford, Dustin, Alize, Ashley, Austin, Richard, Dustin, Bobby, and Misty Ford, a brother Richard Stelzig of Hays, VA and a sister Sally Rodgers and husband John of McCool, MS along with a host of other relatives, and many friends. Viewing hours will be Wednesday from 1pm to 6pm at the funeral home. Funeral services will be held at 11am Thursday, March 16, 2017 at First Baptist Church in Fort Sumner with Rev. John Russo and Rev. Sherman Martin officiating. Burial will follow at 3pm in the Portales Cemetery, Portales, New Mexico. Pallbearers will include Quinton Ford, Justin Boyd, Franklin Ford, Gene Jaquess, James Russom, and James Joiner. All arrangements are under the direction of Chavez Funeral Home, Fort Sumner, New Mexico. (575) 355-2311. To place an online tribute or sign the guest book, go to www.chavezfuneralhome.com
To order memorial trees or send flowers to the family in memory of Agnes Ford, please visit our flower store.