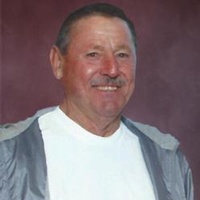 A memorial service for Wayne Reed will be held at 1pm Wednesday, May 3, 2017 at The Church on The Hill in Fort Sumner, NM with Anna Teeter-Gentile officiating. Burial will follow at Fort Sumner Cemetery. Honorary bearers will include Dale Propps, Joe Lovato, Frank Martz, Ralph Harrison, Carlos Romero and Jerry Webb. Carl Wayne Reed, 74 a resident of Fort Sumner, NM passed away at his home Saturday, April 29, 2017. He was born February 9, 1943 in Fenton, Louisiana to the home of Mack and Vernice (Henry) Reed. He grew up and attended schools in Fenton and Kinder, Louisiana. He graduated from Fenton High School. Wayne worked for many years in the Oil and Gas Industry as a pipe fitter. He moved to Grants, NM where he worked for several years as a Correction Officer before moving to Santa Rosa in the mid 80's. He worked as a caretaker for St. Joseph Cemetery in Santa Rosa and also worked for David Sheehan. He made his home in Fort Sumner in 2009. Wayne enjoyed gardening and always kept a beautiful yard. He was a handyman and recently completed a deck on the back of his home. He also enjoyed hunting and fishing. While living in Fenton, Louisiana, he was a member of the Knights of Columbus. Wayne is preceded in death by his parents, a brother Leroy Reed, a sister Margie Reed, a sister-in-law Betty Reed, his God mother Mary Arabie, and two great-grandchildren Joseph McMillin and Michael Paul Langley-Myers. Survivors include his wife Julia Romero Reed of the home in Fort Sumner, two sons Kevin Wayne Reed and his wife Kathy and Scott Reed and his wife Jenny all of of Iowa, LA; also surviving are Julia's three sons Jerome Romero and his wife Diana of Albuquerque, Eddie Romero Jr., and his wife Violet of Fontana, CA, and Jacques Romero. He is also survived by 12 grandchildren Cliff Myers and wife Brandie of Sulphur, LA, Rebekah McMillin and husband Chad of Welsh, LA, Taylor Reed and wife Marci of Westlake, LA, Katelynne Reed, Haylee Reed, Alyssa Reed, and Dylan Reed all of Iowa, LA, Desiree Romero, and Christina Romero of Albuquerque, Audreyanna Romero of Grants, Jazmyn Romero and Lucas Romero of Fontana, CA along with 11 great-grandchildren. Arrangements are under the direction of Chavez Funeral Home, 830 N. Fifth Street, Fort Sumner, New Mexico (575) 355-2311. To place an online tribute or sign the guest book, go to www.chavezfuneralhome.com.
To order memorial trees or send flowers to the family in memory of Wayne Reed, please visit our flower store.