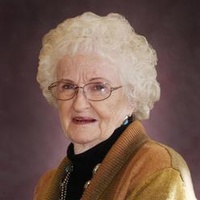 Eleanor (Cater) Finley, 96 of Melrose, NM passed away Friday, June 16, 2017 at Retirement Ranch in Clovis. She was born February 8, 1921 in Post, TX to the home of Floyd Marion Cater and Gertrude Emaline (Joiner) Cater. She grew up south of Taiban on the Joiner/Cater Ranch in a half dugout. She attended Liberty School south of Taiban, and rode her horse to school. Eleanor married Pecos Finley on August 31, 1940 in Clovis. They made their home on the Diamond A Ranch where Eleanor often cooked for the cowboys. They owned and operated Finley Grocery in Taiban, NM. Eleanor served at Post Master for Taiban from 1957 until her retirement on January 1, 1988. She was a member of Fort Sumner Church of Christ and Melrose Church of Christ and a member of Merry Homemakers in Fort Sumner. Eleanor and Pecos made their home in Taiban until they moved to Fort Sumner in 1993, they later moved to Melrose in 2006, and Eleanor moved to the Retirement Ranch in 2014. Eleanor enjoyed sewing, crocheting, and ceramics. She was a great seamstress and made many rodeo queen clothes, and shirts for her family. She is preceded in death by her parents, her husband Pecos Finley in 2007, two daughters Loretta Burk in 1987, Dixie Connell in 2004, and three brothers Delbert , Oliver, and Donald Cater. Eleanor is survived by a daughter Arlie Mitchell of Melrose, eight grandchildren Dana Tilley (Jason) of Dardanelle, Arkansas, Jackie Grimes (Lach) of Farwell, TX, Coy Jo Maienza (Matt) of Boston, MA, Suzette Howard (Gary) of Melrose, Wayne Carter (Susan) of Grady, Kyle Carter (Jacque) of Melrose, Tomi Miller (James) of House, and Tyson Henry (Kari) of Fort Sumner along with 10 great-grandchildren and 6 great-great grandchildren. Visitation hours will be Monday from 1pm to 6pm at the funeral home. The casket will be closed at the services. Funeral services will be held at 10am Tuesday, June 20, 2017 at the Chavez Funeral Home Chapel in Fort Sumner. Burial will follow at Fort Sumner Cemetery. Grandson Tyson Henry will officiate the services, Mr. Tom Oliver will deliver the eulogy. Pallbearers are Wayne Carter, Kyle Carter, Korey Carter, Sterling Howard, Brody Grimes, Tyson Henry, Gary Howard, James Miller, and Lach Grimes. Honorary bearers will be all her friends and relatives. The family requests memorials in memory of Eleanor to Cal Farley's Boys Ranch P.O. Box 1890. Amarillo, TX 79174. All arrangements are under the direction of Chavez Funeral Home, 830 N. Fifth Street, Fort Sumner, New Mexico. (575) 355-2311. To place an online tribute or sign the guest book go to www.chavezfuneralhome.com
To order memorial trees or send flowers to the family in memory of Eleanor Finley, please visit our flower store.