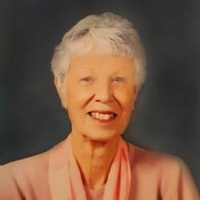 Frankie Mae Malles Hitson, age 81, passed away on Feb 24, 2017 in Albuquerque, NM. She was born on August 1, 1935 to John Malles and Nora Chiole Malles in Durango, CO. Her maternal grandparents emigrated from the area of Tirausella, Italy. Her paternal grandparents were from Scotland and Wales. She attended schools in Colorado graduating from Colorado State University with a Bachelor of Science degree and a Master of Arts from Adams State College. As a longtime educator she touched the lives of children in Colorado and New Mexico schools for 30 years. Frankie married Bill Hitson on June 12, 1982, acquiring a daughter, Pat and son-in-law, Cliff Copeland. They made many great friends while they lived in Ft. Sumner, Tucumcari, and T or C. Some of the best times were spent traveling in their RV. One of her greatest joys was her grandson, Matt. You would find the latest picture of him showing cattle, working cattle, or judging a cattle show on her refrigerator. Friends and family were important to Frankie and she cherished time spent with them. She stayed in touch with her college roommate. She never lost her love for reading and learning. Frankie believed in living each day to its’ fullest. Frankie was preceded in death by her parents; and husband, Bill. She is survived by her brother and his wife, Reece and Leslie Ann Malles of Gordon, NE; daughter Pat; son-in-law, Cliff; and grandson, Matt Copeland of Amistad, NM; and devoted friend, Peggy Holt of Albuquerque. Also surviving are nieces, nephews and cousins. Frankie’s word for 2017 was Sunshine. She was a ray of sunshine and will be missed by those blessed to have known her. Cremation has taken place. Graveside interment will be held at 2pm Tuesday, August 1, 2017 in the Hitson family plot, Fort Sumner Cemetery, Ft. Sumner, NM with Pastor Kenneth W. Tidmore officiating. The family wishes to express their sincere gratitude to all of Frankie’s friends who were so supportive and kind during her illness. In lieu of flowers contributions may be made to the Ft. Sumner Cemetery Association, PO Box 180, Ft. Sumner, NM 88119. Local arrangements are under the direction of Chavez Funeral Home, 830 N. Fifth Street, Fort Sumner, New Mexico. (575) 355-2311
To order memorial trees or send flowers to the family in memory of Frankie Mae Hitson, please visit our flower store.