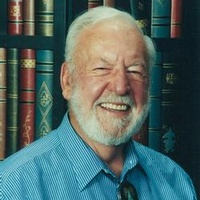 Thomas Edward Speight left this world and began the next footsteps of his eternal adventure on Saturday, July 15, 2017. Tom was born on October 27, 1929 to Royce and Maudlee Speight in Alton, Illinois. He grew up and attended Alton High School, where he played varsity football. Following graduation, Tom joined the Marines where he served as a rifle marksmanship instructor. Following his service in the Marine Corp, he attended Trinidad State College in Trinidad, Colorado majoring in gunsmithing. After receiving his associate degree, Tom relocated to Gallup, NM where he began his career with Gallup Sporting Goods. Tom had fallen in love with the west, and in particular the incredible hunting and fishing opportunities he found here. He would spend the remainder of his life exploring, hunting on and discovering the beautiful New Mexico mountains. After leaving the sporting goods business he spent the majority of his career working at the Ceniza Refinery in Gallup. During the uranium boom of the 1980’s Tom started a machine shop, T & A Machines, to fabricate machine parts for coal and uranium mines in the area. He was a Master Mason in Lebanon Lodge #22 of Gallup a Shriner and member of the Scottish Rite of NM. He held many positions of leadership within Masonry. He was a member of Aztec #53 Order of the Eastern Star. As a lifetime member of the NRA, he was a passionate shooter and reloader. Following his retirement in Gallup, Tom served as a founding member of the Gallup Shooters, Inc, helping form and build a public shooting range there. He was honored by that group for his many contributions. Tom married Frances Brown in 1998. They spent the next 19 years travelling throughout the world. In 2010 Tom and Frances relocated from Gallup to Puerto de Luna to be nearer to family. Tom made many new friends there, and enjoyed life fully. He spent happy hours watching the wildlife on the farm below his home. His favorite pastime was watching western movies, in particular those that starred his hero, John Wayne. When he married Frances, Tom became a friend, mentor and hunting partner to her three sons, Chuck, Randy, and Bob. They spent many happy days chasing deer and elk at the family’s ranch in the mountains of southern NM. Though Tom was an incredible hunter and took many wonderful animals over the years, he never had a chance to get a bull elk. That changed, when Tom was 82, and guided on a special “Pa Tom Hunt” in 2003. Tom was able to harvest a bull elk, using a gun he’d built on his own. It was a great day of celebration for all of us, including Tom. Tom was a knowledgeable machinist and used his abilities to help fabricate guns, farming equipment, and useful tools for many family & friends. A genius as a mechanic, his knowledge was a welcome help to everyone who knew him. When time came for Tom to transition to his next adventure, he did so in a patient and noble way. All of his family and friends were blessed to have been a part of his life. He was a hard worker, wise and experienced, and a passionate man of the outdoors. He was preceded in death by first wife, Margaret, his parents Royce and Maudlee Speight and sister Virginia Osborne. Tom is survived by his wife, Frances Brown Speight of Puerto De Luna, sister Ruth (Dave) Smith of St. Charles, MO, a brother in law, Tom Osborne of Alton, IL and a sister in law, Connie McCauley of Silver City, NM, all of the Brown family, including sons Chuck (Shirlene) Brown, Randy (Antje) Brown, Bob (Karen) Brown, 12 grandchildren: Celeste (Tage) Wright, Erica (Mike) Davis, Rachel (Rhett) Reidhead, Chelse (Chase) Bingham, Troy (Teri) Brown, Sam Brown, Sally Brown, Stacy (Peter) Cavanaugh, Sara Brown, Scott Brown, Alicia Brown, Eric Brown, 24 ½ great grandchildren, and many special nephews & nieces. Services will be held at 2:00pm Wednesday, July 26, 2017 at the Blue Hole Convention Center in Santa Rosa, New Mexico with Chuck Brown and Tage Wright officiating. A private committal of the cremains will be held at a later date. Honorary bearers will include the staff and friends at the Puerto De Luna Senior Center, and Members of the Masonic fraternity. In lieu of flowers, the family would suggest a donation in Tom’s memory to his nephew’s lifetime ministry of assistance to the poor of rural Kentucky: Kentucky Mountain Mission, P.O. Box 588, Beattyville, KY 41311. Care has been entrusted to Chavez Funeral Home, 923 S. Third Street, Santa Rosa, NM (575) 472-3369. If you’d like to leave a remembrance on-line, please visit their website: www.chavezfuneralhome.com
To order memorial trees or send flowers to the family in memory of Thomas Speight, please visit our flower store.