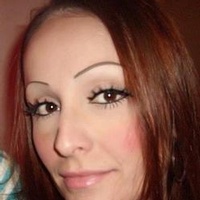 Ashley Dawn Sena, 31 of Roswell, NM passed away Friday, August 4, 2017 in Roswell. She was born June 19, 1986 in Tucumcari the daughter of Robert Sena and Olivas Robison. She moved with her family to Roswell in 1990. Ashley loved politics, and was a huge history buff. She had a personality that commanded the attention of everyone in the room she occupied. She was outgoing and energetic and loved life. She was always laughing and smiling. She will be missed by her family and friends. Ashley is preceded in death by her maternal grandparents Dave and Della Bryant, paternal grandparents Robert and Elvira Sena, and paternal great-grandparents Luis and Camilla Sena. Ashley is survived by a young son Joseph Saenz of Albuquerque, her father and step mother Robert and Liz Sena of Haskell, Arkansas, mother Olivas Robison of Roswell, four sisters Tracy Pratt and Stacy Richardson both of Albuquerque and Kristen Sena and Caitlan Schultz both of Roswell along with two nieces Lilliana and Audrina and two nephews Jakson and Gabriel. Funeral Services will be held on Friday, August 11, 2017 at Assumption of the Blessed Virgin Mary Catholic Church, 2808 N. Kentucky Avenue, Roswell, NM. A rosary will be recited at 9:30am followed by the Mass of Christian Burial at 10am. Father Josh Duplissey will officiate. Burial will follow at South Park Cemetery in Roswell, NM. Pallbearers will include Ronald Sena, Richard Gonzales, Larry Lopez, Joe Saenz, Josh Reid, David Hett, and Gilbert Gutierrez. Honorary bearers will be all her family and many friends. All arrangements are under the direction of Chavez Funeral Home, 830 N. Fifth Street, Fort Sumner, NM. (575) 355-2311. To place an online tribute or sign the guest book go to www.chavezfuneralhome.com
To order memorial trees or send flowers to the family in memory of Ashley Dawn Sena, please visit our flower store.