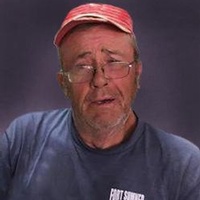 A graveside service for David Vansickel, 61 of Fort Sumner will be held at 10am Saturday, August 12, 2017 in the Vansickel family plot, Fort Sumner Cemetery. Anna Teeter-Gentile will officiate. Pallbearers will be members of the Village of Fort Sumner Fire Department. Honorary bearers will be all his fellow De Baca County firefighters and E.M.S. personnel. A reception will follow at the Valley Fire Station. David passed away Monday, August 7, 2017 while at work on a ranch west of Fort Sumner. He was born May 12, 1956 in Fort Sumner. David attended and graduated from Fort Sumner High School class of 1975. He worked for the De Baca County Road Department, and also worked day work on area ranches. For the past 20 years he has worked with Robert Pennington repairing windmills. David was a community servant, he volunteered for many years with the Village of Fort Sumner Fire Department. David is survived by his sister Elaine Gaintner of Fort Sumner, two daughters Carole Maxon (Michael) of Shawnee, OK, and Latisha Vansickel (Jeff Westkyke) of Sherman, Texas, five grandchildren Jordan Maxon, Chelsea Coleman, Katie Sowder, Bennie Westdyke, and Dustin Westdyke. All arrangements are under the direction of Chavez Funeral Home, 830 N. Fifth Street, Fort Sumner, New Mexico. (575) 355-2311.
To order memorial trees or send flowers to the family in memory of David M. Vansickel, please visit our flower store.