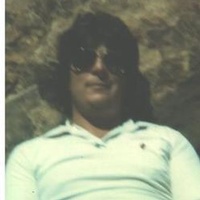 James H. Dodge, age 62, passed away suddenly at the Guadalupe County Hospital on August 27, 2017. James was born on February 25, 1955 in Santa Rosa, NM to the home of Antonio and Marcelina (Page) Dodge. He attended St. Rose and the Santa Rosa Consolidated Schools graduating in 1974. He married Linda Sena in 1980 in Santa Rosa. James worked as a Manager at the Truck Stops of America for many years. He also managed the Exxon Gas Station, worked for the Shell Gas Station was a Jailer for the Guadalupe County Sheriff’s Office and worked as a Dispatcher for the City Police Department and was currently working with the City of Santa Rosa. James loved hiking and arrowhead hunting, cruising in his truck, gardening, listening to music, spending time with his kids and taking care of his grandchildren. James was a true Lion fan never missing a home game. He was a Parishioner at St. Rose of Lima Church where he and his wife Linda served in the St. Martha Ministry where they would clean the Church. He was a loving husband, father, grandfather and brother and will truly be missed. He is preceded in death by his parents and his mother and father in law, Lorenzo and Adela Sena. Survivors include his wife Linda of the family home in Santa Rosa, his children, Jamie Chavez and husband Marc of El Paso, TX, Dylilah Sigala and husband Genaro of Portales, Wendy Paige Dodge of Santa Rosa and Jesse James Dodge of Santa Rosa, his grandchildren Azael Dodge Romero and Dia Sigala. Also surviving are his brothers and sisters, Sonny Dodge and wife Sharon of San Antonio, TX, Gloria Dodge, Susan Dodge, Nick Dodge and wife Gloria, John Dodge and wife Kate, Will Dodge all of Albuquerque, Frank Dodge of Santa Rosa, Tim Dodge and wife Marilyn of Santa Rosa, his brothers In law Adolph Sena and wife Maria of Santa Rosa, Andrew Sena and wife Gina of Santa Rosa, Lawrence Sena and wife Patricia of Thoreau, NM as well as numerous nieces, nephews and a host of relatives and friends. Rosary services will be held on Wednesday, August 30, 2017 at 11:00 AM from St. Rose of Lima Church with Mass of Christian Burial to follow. Burial will follow at the St. Joseph Cemetery. Serving as Pallbearers will be Adolph Romero, Jr., Lemo Hing, Davian Salazar, Charles Garcia, Eric Aragon Jr. and P.J. Salazar. Serving as Honorary Pallbearers will be James"Beak" Quintana, Harold Sexton, Davy Delgado, Billy Arviso and Ruben Trujillo. All services for James have been entrusted to the Chavez Funeral Home of Santa Rosa. To place an online condolence please visit our website at www.chavezfuneralhome.com
To order memorial trees or send flowers to the family in memory of James Dodge, please visit our flower store.