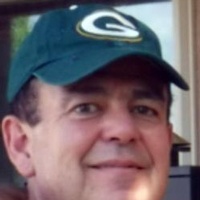 William ”Will" Dodge, 57, passed following a prolonged battle with cancer and depression at his Albuquerque home on Tuesday, October 10, 2017. William was born in Santa Rosa, New Mexico, on August 30, 1960, to the home of Antonio and Marcelina Page-Dodge. Will attended Saint Rosa of Lima Catholic School in Santa Rosa, The Tomas Moore Catholic Seminary Prep School in Haynes Kansas, and graduated from Santa Rosa High in 1978. William served in the US Navy as a Wartime Construction Engineer Specialist, and was stationed in Sicily. After military service, Will attended the University of New Mexico, receiving high academic honors and a degree in Civil Engineering. Following his graduation, he worked for the California Department of Transportation where he was instrumental in reconstructing many of the San Francisco Bay Area bridges following a major earthquake in 1989. Will returned to New Mexico where he worked for the New Mexico Department of Transportation, as a Senior Engineer, specializing in bridge design and inspection. Will was a fervent Green Bay Packers fan, and found much enjoyment and fulfillment as a Yoga and rock climbing instructor. As an avid outdoors man, he loved rock climbing, kayaking, fishing and camping with his wife Kym, and children, Joshua, Maya, and Shawna. William also loved and looked forward to annual deer hunting trips with his dad Antonio, and brothers in Guadalupe County, NM. He was preceded in passing by his parents and a brother James Dodge. William is survived by his beloved wife Kym Dodge of Albuquerque, children Alena Dodge of Washington, Joshua, Maya, and Shawna Dodge of Albuquerque, parents in-law Bob and Jerri Martinson of Albuquerque, sisters Gloria Dodge-Campos and Susan Sanchez of Albuquerque, brothers Anthony and wife Sharon Dodge of San Antonio, Texas, Nick and Gloria Dodge, and John and Kate Dodge of Albuquerque, Timothy and wife Marilyn Dodge, and brother Frank Dodge, and sister in-law Linda Dodge of Santa Rosa, as well as, his many nieces and nephews. William will be truly missed by his wife and children, brothers and sisters, uncle and aunts, nieces, nephews, friends and professional associates. Funeral services will be held at St. Rose of Lima Catholic Church in Santa Rosa. A rosary will be recited at 2pm Saturday, October 14, 2017 followed by the Mass of Christian burial with Father Sotero A. Sena officiating. Burial with military honors provided by the U.S. Navy Honor Guard will follow at Nuestra Senora de Refugio Cemetery in Puerto De Luna. Pallbearers will be Manuel Dodge, Kenneth Cordova, Joe Serrano, Dan Serrano, John Perea, Rick Berg and Kenneth Marquez. Honorary pallbearer is Lawrence Larry Maestas. All arrangements are under the direction of Chavez Funeral Home, 923 S. Third Street, Santa Rosa, New Mexico (575) 472-3369.
To order memorial trees or send flowers to the family in memory of William "Will" E. Dodge, please visit our flower store.