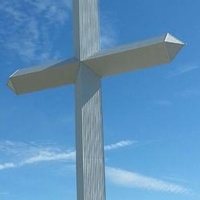 James "Jim" Elliott, 85 of Littlefield, Texas passed away Monday evening, December 11, 2017 at Covenant Medical Center in Lubbock, TX following an illness. He was born September 15, 1932 in Clovis, New Mexico to Bill and Audrey Reed Elliott. He attended schools in Clovis and graduated from Clovis High School in 1950. Jim served in the U.S. Air Force during the Korean Conflict. He was assigned to 3530th Field Maintenance Squadron as a Jet Engine Mechanic. He was honorably discharged as a Staff Sergeant on March 12, 1955. Jim married Lola Bell French on December 21, 1957 in Sweetwater, Oklahoma. Jim worked for many years as a machinist in Clovis, he owned and operated Motor Lab from 1964-1982 and Clovis Machine from 1978-1986. He may have retired in 2001, the family is not sure as he never stopped working. Jim and Lola made their home in Clovis, Hagerman, and Fort Sumner before moving to Littlefield this past year. They were members of First Baptist Church in Littlefield and First Baptist Church in Fort Sumner. Jim was a talented musician, he played the fiddle, guitar and mandolin in several Bluegrass and Country bands including the Elliott Family Band, The Curry County Chip Flippers and Blue Sky Country. He was also a gunsmith, he enjoyed shooting and building firearms. Jim is preceded in death by his parents and a sister Nancy Sluis. He is loved and missed by his wife of 60 years, Lola Bell Elliott, of Littlefield, TX, daughter Jamie Williams of Corpus Christi, TX and son Clayton Elliott and his wife Nina of Thrall, Texas along with 5 grand children Brian Williams and wife Esther of Austin, TX, David Williams and wife Rebecca of Plainfield, Indiana, Ashley Cole and husband Sam of Dallas, TX, Stephanie Rudas and husband Jason of Oceanside, CA, and Matthew Williams of Corpus Christi, TX. and 9 great grand children. Also surviving is a brother Phil Elliott and his wife Connie, and a sister Barbara Tomsco both of Brenham, TX. Visitation hours will be at the Chavez Funeral Home on Friday from 1pm-6pm, the family will receive friends from 4pm-6pm. Funeral services will be held at 1:00 PM Saturday, December 16, 2017 at First Baptist Church in Fort Sumner with Rev. John Russo officiating. Burial will follow at Fort Sumner Cemetery. Pallbearers will include Bill Schade Jr., Bobby Russ, Nick Cortese, Lloyd McConnell, Jorge Ramirez, Buddy Cortese, and Cole Gardner. The family requests memorials in memory of Jim Elliott to First Baptist Church Building Fund, P.O. Box 287, Fort Sumner, NM 88119. All arrangements are under the direction of Chavez Funeral Home, 830 N. Fifth Street, Fort Sumner, NM. (575) 355-2311.
To order memorial trees or send flowers to the family in memory of James Elliott, please visit our flower store.