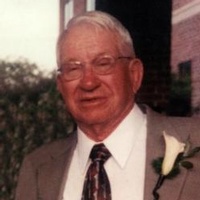 G.A. Gunn, 83 passed away peacefully at his home in the Fort Sumner valley on Wednesday morning, December 20, 2017. He was born May 26, 1934 in the Upton Community to the home of Jess L. Gunn and the former Ada Lorraine Eminger. He grew up in the family home between Floyd and Elida and attended school at Floyd, Tatum, and Dora. G.A. served in the U.S. Army with the 4th Armored Division. He spent 16 months in Hanau, Germany. G.A. married Naomi Gammill on June 2, 1956 in Fort Sumner. They made their home in the Fort Sumner valley in 1958. He farmed in the valley and ranched south of Fort Sumner. He was an active member of the community and served on the Fort Sumner School Board 4 years, A.S.C. Committee for 10 years, Valley Irrigation Board for 2 years, and served 8 years on the De Baca County Commission. He was a longtime active member of the Fort Sumner Church of Christ. Following his retirement, G.A. loved to garden. G.A. is preceded in death by his mother Lorraine Gunn in 1968, his dad Jess Gunn in 1978, father and mother in law Willie and Zelma Gammill, three sisters Bonita Tanner, Jessamine VanWinkle, and Barbara Bookout, a grandson Colten Dan Gunn in 2011, and a son in law Mark McCollum on January 2, 2017. A loving husband, father, and grandfather, G.A. will be missed by his wife of 61 years, Naomi Gunn of the family home in Fort Sumner, two daughters Kim McCollum of Fort Sumner, Brenda Telkamp and husband Gary of Rapid City, SD, a son Clifford Gunn and wife Beverly of Fort Sumner, and one sister Dennie Pounds of Canyon, Texas, six grandchildren Ryan McCollum (Kelsey) of Fort Sumner, Megan Broyles (Brennan) of Hamilton, TX, Layne Presley (Julie) of Kingwood, TX, Loran Quinn (Nick) of Pearland, TX, Katelyn Gunn of Glendale, AZ, and McKayla Draper (Lane) of Okinawa, Japan, also surviving are 9 great-grandchildren along with several nieces, nephews, other relatives and many friends. Visitation hours will be Friday, December 22, 2017 from 1pm-6pm at the funeral home. The funeral will be held at 2pm Saturday, December 23, 2017 at Fort Sumner Church of Christ. Burial will follow at Fort Sumner Cemetery. Pallbearers will include Ryan McCollum, Layne Presley, Brennan Broyles, Nick Quinn, Billy VanWinkle, and Lane Draper. The family requests memorials in G.A.'s memory to Fort Sumner Cemetery Association, P.O. Box 180, Fort Sumner, NM 88119. All arrangements are under the direction of Chavez Funeral Home, 830 N. Fifth Street, Fort Sumner, New Mexico. (575) 355-2311.
To order memorial trees or send flowers to the family in memory of G.A. Gunn, please visit our flower store.