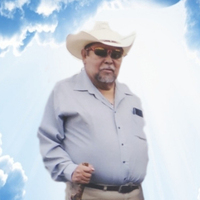 Visitation for family and friends will be held on Wednesday, January 26, 2022 from 1pm to 4pm at the Chavez Funeral Home Chapel in Fort Sumner, NM. Cremation will follow. Interment of Cremains will be held at 2:30pm Saturday, January 29, 2022 at St. Joseph Cemetery in Santa Rosa with Deacon Marvin Marquez officiating. Alfonso Manuel Baca, 64 of Fort Sumner, NM passed away Saturday, January 22, 2022 at his home following an illness. He was born December 1, 1957 in Santa Rosa, NM to the home of Alfonso R. and Delma (Sisneros) Baca. Alfonso was raised in Santa Rosa where he attended school, graduating with the SRHS Class of 1976. While in high school he was a volunteer with the Santa Rosa Ambulance Service as an EMT. He served as a deputy with Guadalupe County Sheriff's Department, and as a Police Officer for the Vaughn Police Department. Alfonso worked for the TX/NM Port of Entry at Tatum, NM. He made his home in Big Spring, TX for several years. He worked as a truck driver for Haliburton Construction, and Price Construction Company. He later worked as a sales clerk for Radio Shack and Auto Zone. For several years he worked in maintenance and head groundskeeper for Clyde Public Schools, Clyde, TX. Alfonso made his home in Clovis where he worked for Samon's in Clovis as a sales clerk. He made Fort Sumner his home in 2018. According to his family, Alfonso loved telling stories with his family, playing cards, and dancing. He loved reading his bible and spreading God's word. He was always reaching out to help his family and friends with a smile on his face, always thinking of others before himself. Alfonso is preceded in death by his dad, Alfonso R. Baca on January 13, 1995, his maternal grandparents Fidel and Celestina Sisneros, Paternal grandmother Juanita Baca Griego, paternal grandfather Remigio Baca, and great-grandmother Victoriana Baca. Alfonso was a loving son, father, grandfather, brother, uncle and friend and will be missed by his family. Survivors include his mother Delma Baca of Santa Rosa, two sons Alfonso Baca III (Amber) of Big Spring, TX, Joseph Ray Baca (Leanne) of Fort Sumner, a daughter Jenny Contreras (Julian) of Big Spring, TX, his siblings a brother Remigio Baca of Santa Rosa, five sisters Martha Hoehne (Phillip) of Vaughn, NM, Patricia Sena (Joe) of Fort Sumner, NM, Diane Baca of Santa Rosa, Rose Baca (Ray) of Santa Rosa, and Juanita Baca of Santa Rosa. Also surviving are 15 grandchildren along with a host of other relatives and friends. Arrangements are under the direction of Chavez Funeral Home, 830 N. Fifth Street, Fort Sumner, New Mexico. (575) 355-2311. To place an online tribute or sign the guest book go to www.chavezfuneralhome.com
To order memorial trees or send flowers to the family in memory of Alfonso M Baca, please visit our flower store.