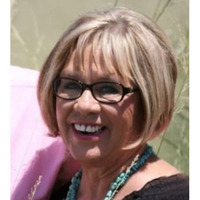 On Thursday, October 7, 2021 Bennie Jeanne Crist, age 74, a loving mother, and “Babe”, returned to be with her Heavenly Father. She passed away surrounded by her loving family following an illness. Bennie Jeanne was born on May 23, 1947 in Fort Sumner, NM to Ben and Jeane (Burson) Good. She attended Fort Sumner Schools, and was a graduate of the 1965 class of Fort Sumner High. She went on to attend a secretarial school in El Paso, TX. Bennie Jeanne married Clay Crist on September 24, 1966 in Juarez, Mexico. They made their home in Corona before moving out to the ranch in Yeso where they made their home for over 40 years. Bennie worked as a secretary at Fort Sumner Schools. She also was a substitute bus driver, as well as the athletics secretary. She retired from Fort Sumner Schools in 2012. She was a member of the Powderhorn Cowbelles. She enjoyed gardening in her past time. She was most proud to be “Babe” to her grandchildren and great grandchildren. Bennie is preceded in death by a daughter, Kyla Crist, her parents, and her husband of 52 years, Clay Crist in 2019. Survivors include two sons Cary Crist and his wife Jaylene of Texico, NM, and John Crist and his wife Melisa of Yeso, grandchildren Casey Crist and his wife Audrey, Laiken Gardner and husband Matt, Delaine Crist, Talen Crist and wife Kylie, Micah Crist, and Ben Crist; great grandchildren Hadley and Caden Crist, and Corbyn, Grant, and baby Chip Gardner. Also surviving are two sisters, Kathy Longbreak and husband Terry of Brownfield, TX, and longtime close friend Shawn Hall. A memorial service will be held at 2:00 p.m. on Monday, October 11, 2021 at the First United Methodist Church in Fort Sumner, NM with Mr. Buddy Hall officiating. Memorial contributions can be made to New Mexico Junior Livestock Foundation: P.O. Box 94330, Albuquerque NM 87199 Arrangements are under the direction of Chavez Funeral Home, 830 N. Fifth Street, Fort Sumner, New Mexico. (575) 355-2311.
To order memorial trees or send flowers to the family in memory of Bennie Jeanne Crist, please visit our flower store.