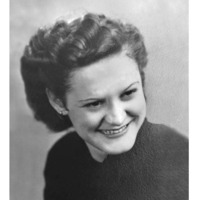 A memorial service will take place on Saturday, January 15, 2022 at 10:00 am at the Fort Sumner Church of Christ with Dr. Jack Vick and Mr. Tom Oliver officiating. Betty Jo Brown Vick, 91, life long resident of Fort Sumner passed from this life on Saturday, January 1, 2022 in her home. Born on September 17, 1930 in Fort Sumner to Wilma Frances Brown and Robert Hobart Brown. She was the second of six children. She is survived by three sisters and one brother. She married Carl A. Vick on August 15, 1948. He preceded her in death on February 24, 2010 at the age of 84. Betty is survived by her five children: Carlyn Hodges of Colorado, Dr. Jack Vick of New Mexico, Joe Vick and Jim Vick of California, and Jeff Vick of Texas. She is also survived by 15 grandchildren, and 22 great grandchildren. She is preceded in death by her husband Carl, two grandsons: John Bilberry and Christopher Vick, and a brother Bob Brown. In lieu of flowers the family suggests memorial contributions be made to the Fort Sumner Cemetery Fund. Arrangements are under the direction of Chavez Funeral Home, 830 N. Fifth Street, Fort Sumner, New Mexico. (575) 355-2311.
To order memorial trees or send flowers to the family in memory of Betty Jo Vick, please visit our flower store.