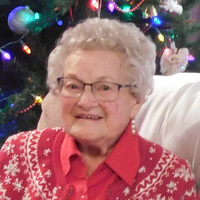 Beverly Jean Carter, 94 of Fort Sumner, NM passed away at her home Saturday, March 14, 2020. She was born April 18, 1925 in Montrose, Colorado to the home of Rodney and Vestal (Deffenbaugh) Tucker. She was raised in Delta and Fort Collins, Colorado. She attended schools in Fort Collins, and later attended and graduated from Colorado State University with a bachelor degree in Home Economics. Beverly married Powhatan Carter Jr. on August 29, 1948 in Fort Collins. She worked one year as a stewardess with United Airlines. She and Powhatan made their home in Fort Sumner in 1948. Beverly was an active member of the Fort Sumner community. She served as President of the Fort Sumner Woman's Club for over 30 years, Fort Sumner Cemetery Board for the past 20 years, Fort Sumner Library Board for over 40 years, a member of Farm Bureau, New Mexico Cattle Grower's Association, and a founding charter member of Powderhorn Cowbelles, and was a longtime member of the Fort Sumner Church of Christ. Beverly enjoyed gardening, reading, needlepoint, helping anyone in need, supporting christian and conservative groups and she enjoyed playing Bridge with her friends. Beverly was an avid Bronco's football fan, and loved attending her grandchildren's school and sports activities. Beverly is preceded in death by her parents Rodney and Vestal Tucker, her husband Powhatan Carter Jr. in 1990, a granddaughter Crystal Anne Overton in 1988, a brother Col. Harlan Tucker, and a sister Shirley Green. A loving mother and grandmother, Beverly will be missed by her children, a daughter Beverly Anne Overton and her husband Charlie of Yeso, NM, two sons Powhatan Carter III and his wife Renee of Fort Sumner, and Rodney Carter and his wife Dawn of Round Rock, TX, six grandchildren Talana Shay Foley and her husband Mike of Van Alstyne, TX, Erin Renee Smith and her husband Matt of Tucumcari, NM, Kelsey Leigh McCollum and her husband Ryan of Fort Sumner, Powhatan Price Carter and his wife Leslie of Clovis, NM, Meghan Alyssa Esau and her husband Cole of Round Rock, TX, Brandon Matthew Carter and his fiance Alexandra Turner of Sunnyvale, CA, great-grandchildren Ashton Smith, Carter Smith, Lacey McCollum, Powhatan Lane Carter, Dylan Foley, Colby McCollum, Kate Carter, and Blake Foley. Also surviving is her longtime caregiver Mary Madrid and her husband Alex of Fort Sumner along with a host of other relatives and many dear friends. Due to the recent concerns over the Corona Virus, the Carter Family understands if you are unable to attend the services. They ask that you continue to keep Beverly’s family in your prayers. Visitation hours will be Wednesday, March 18, 2020 from 1pm to 6pm at the funeral home. Funeral services will be held at 2:00 pm Thursday, March 19, 2020 at the Fort Sumner Church of Christ with Evangelist Mr. Silas Shotwell officiating. Burial will follow in the Carter family plot, Fort Sumner Cemetery. Pallbearers will be her grandchildren, Talana Shay Foley, Erin Renee Smith, Kelsey Leigh McCollum, Powhatan Price Carter, Meghan Alyssa Esau, and Brandon Matthew Carter and her longtime neighbor and friend Vincent "Binto" Stallard, The family requests contributions in memory of Beverly Carter to NM Christian Children's Home, 1356 NM-236, Portales, NM 88130, or the Fort Sumner Cemetery Association, P.O. Box 180, Fort Sumner, NM 88119. Arrangements are under the direction of Chavez Funeral Home, 830 N. Fifth Street, Fort Sumner, New Mexico. (575) 355-2311.
To order memorial trees or send flowers to the family in memory of Beverly Carter, please visit our flower store.