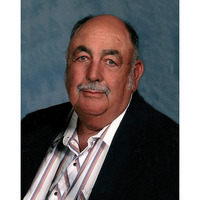 Cecilio Page, 88 of Puerto De Luna, NM, passed away peacefully on Saturday, January 29, 2022 at his home, as his wife, Ann held him in her arms. Cecilio was born on May 9, 1933 in Puerto De Luna to Joseph R. Page and Marcelina (Padilla) Page. He was raised in Puerto De Luna, where he attended school and later graduated from Santa Rosa High School in 1951. While in high school, Cecilio participated in football and spent a great deal of time working on the Page ranch and farm in Puerto De Luna. Following high school, Cecilio served in the United States Army, entering service on May 26, 1953. He served 4 years in the Korean War. Following his service, Cecilio returned to Puerto De Luna to work on the ranch. In 1959, Cecilio and several of his friends moved to Oakland, California and later to San Leandro, California, where he became a proud California Iron Worker for some 42 years. Cecilio met the love of his life, Ann Gallegos in 1974. They were married and together raised 5 sons. Cecilio raised his family there, before moving back to Puerto De Luna in October of 1995, where he and his wife, Ann, built a home on the family farm. Cecilio was a life-long member of the West Puerto De Luna Acequia and served on the board for several years. He was a life-long parishioner of Nuestra Señora Del Refugio Catholic Church in Puerto De Luna, where he also received all his sacraments. He and Ann volunteered much of their time helping with annual fiestas, starting in 1996. They also organized the planting of trees around the church. Cecilio loved ranching, farming, was a proud iron worker, dedicated Catholic, devoted husband, father, grandpa, brother and son, who was loved by his children and nieces, and respected by his nephews and friends. Cecilio is preceded in death by his parents, and siblings: Ruth Page, Carmen Page Cordova, Marcelina Page Dodge, Frank Page, Richard “Dick” Page and Patrick “Pat” Page. Cecilio is survived by his loving wife: Ann, his sons: Mark Page, Ric (Gina) Page, Ed Page, Joe (Karen) Gallegos and John (Sally) Gallegos, 12 grandchildren and several great-grandchildren. Cecilio is also survived by his brother: Christian Madrid and sister: Pancha (Lorenzo) Delgado. Recitation of The Most Holy Rosary followed by the Mass of Christian Burial will be Monday, February 7, 2022 at 10am at Nuestra Señora Del Refugio Catholic Church in Puerto De Luna, officiated by Father Christopher Bernabe. Interment, with full Military Honors will follow at Nuestra Señora Del Refugio Cemetery in Puerto De Luna, with Mark Page, Ric Page, Ed Page, John Gallegos, Joe Gallegos and Joe Page serving as Pallbearers. Honorary Pallbearers will be: Frank Tenorio, Horacio Lopez, Danny Page, and Diego Page. All services are under the direction of Chavez Funeral Home, 923 S. Third St., Santa Rosa, NM 88435. 575-472-3369. To place an online condolence or tribute, please visit www.chavezfuneralhome.com.
To order memorial trees or send flowers to the family in memory of Cecilio Page, please visit our flower store.