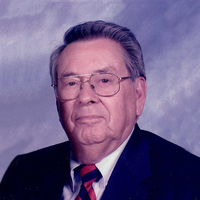 David Velasquez, 85 of Santa Rosa passed away peacefully at home surrounded by his Family on Monday August 15, 2022. David was born on November 18, 1936, to the home of Juan and Elena (Gonzales) Velasquez. He is preceded in death by his Parents and all his Siblings - Trinidad, Gilbert, Arturo, Jose, Lorenzo, Cayetano, and Sisters - Maria Marquez and Vitalia Salas. David was an amazing Husband, Father, Brother, Grandfather, Uncle, Cousin and Friends to many. David was a role model in life and had the biggest heart for family, he truly loved his Grandchildren & Great Grandchildren and was always so proud of each and every one of them. He will be missed by all of them and now he becomes their Guardian Angel as he has gained his wings and passes through the gates of Heaven. David attended Elementary in La Loma and Junior High in Anton Chico. He attended & graduated from Santa Rosa High School in 1954. After high school he enlisted in the United States Air Force in July 1957 until July 1963. He was in the US Air Force Medical Corp (stationed in Alabama initially and then at Luke Air Force Base in Arizona. He was also a member of American Legion Post #36 in Santa Rosa. He enjoyed any sporting event his Children, Grandchildren, Great Grand Children, Relatives and Neighbors were involved in. He married Mary Lou Trujillo from Palma, New Mexico in February 26,1960. They made their home in La Loma before moving to Santa Rosa in 1963. He is survived by his Wife, Mary Lou of 62 years along with their Sons - David Walter, Twins Leonard (Alice) and Lawrence (deceased) and Daughters - Angela (Raymond) Chavez and Susan (Ray) Zamora. His 13 Grandchildren - (David)- Francisco, Frank, and Marisela. (Angela) -Lorenzo David, Lucas, and Leanza. (Susan) - Ray, Daniel (Mikayla), Michael David (Barry), and Katie. (Leonard) - Lawrence, Isaac (Marissa), Fallon and 5 Great Grandchildren (Daniel) – Daniel, Kynadii, Makenzie, Jonah. (Isaac) - Corey David. He is also survived by two Sisters-In-Law, Olivia Velasquez of Albuquerque, NM, Beatrice Velasquez of Westminster, Colorado and numerous Nephews and Nieces. David worked as a Clerk of Abercrombie's Store, Jailer at Guadalupe County Sheriff’s Office, Cashier at La Fiesta Restaurant, Deputy County Assessor, County Assessor, Desk Clerk at Rancho Motel, Caseworker, Supervisor, and later the County Office Manager for NM Human Services in Santa Rosa. He retired in 1996 with 30 years of service to the State of New Mexico. Visitation will take place on Thursday, August 18, 2022 from 4 – 6pm at Chavez Funeral Home in Santa Rosa, NM. Recitation of The Most Holy Rosary, followed by the Mass of Christian Burial, will be Friday, August 19, 2022 at 10am at Saint Rose of Lima Catholic Church in Santa Rosa. Burial with Military Honors will follow at Saint Joseph Cemetery in Santa Rosa, NM. Pallbearers for David will be all his Grandchildren - Francisco, Frank, Marisela, Lorenzo David, Lucas, Leanza, Ray, Daniel, Michael David, Katie, Lawrence, Isaac, Fallon. Honorary Pallbearers include his five Great Grandchildren – Daniel, Kynadii, Makenzie, Jonah & Corey David along with Jerry and Roberta Trujillo, Lorraine and Larry Sandoval, Tony and Macky Velasquez, Gilbert Velasquez, Jerry Velasquez. Services are under the direction of Chavez Funeral Home, 923 S. Third St., Santa Rosa, NM 88435. 575-472-3369. To place an online condolence or tribute, please visit www.chavezfuneralhome.com.
To order memorial trees or send flowers to the family in memory of David Velasquez, please visit our flower store.