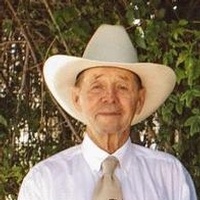 Davis "Dub" Head, 82 of the Fort Sumner valley passed away peacefully on Friday evening, January 11, 2019 with his family at his bedside. He was born March 7, 1936 in Benton County, Arkansas to the home of Davis Elmer Head and the former Anas Cleo Nail. As a child he moved with his family to Lincoln County, NM in 1936, the family later settled in the Fort Sumner valley in 1946. Dub attended the Seventh Day Adventist School in Fort Sumner. In his younger years he worked building construction in California working alongside the Finney family. Upon returning from California, Dub began farming in the valley.  He spent long nights working at the Flying Twins to help make ends meet.  In the late 1960’s Dub and his good friend, Denzel Finney pooled their resources and formed Finney and Head Farms.  Together they farmed side by side for almost 10 years introducing new technology such as the cubers into the valley.  Dub served on the Valley Water Board for several years and was a strong advocate for our valley. Dub married Norma Daniels on May 28, 1983 and continued to farm in his beloved valley until his last days.  He loved spending time with his grandchildren, he was always happiest when they were visiting. He enjoyed his livestock, donkeys, cattle, and his pet cats. Dub served on the Fort Sumner Irrigation District Board, and the Soil Conservation Board. He is preceded in death by his parents, two brothers Emmet and Dwain Head, and his first wife Ann Head in 1985. Survivors include Norma Head, his wife of 35 years of the family home, a son Davey R. Head of Houston, TX, two daughters Rebecca Baker (Steven) of Douglas, WY, Candy O'Leary (Kelly) of El Paso, TX, Norma's children Carol Clemovitz (Mike) of Dallas, TX, and Matt Daniels (Ray) of Nashville, TN, also surviving are two siblings, a sister Isabel Brown (Dee) of Tucumcari, and a brother Ray Head of Chico, CA, along with a special cousin Pati Robinson of Durango, CO,who spent many summers with the Head family, eight grandchildren, five great-grandchildren along with a host of other family and many good friends. Visitation hours will be Monday from 1pm to 6pm at the Chavez Funeral Home. Funeral services will be held at 11:00 am Tuesday, January 15, 2019 at First United Methodist Church in Fort Sumner with Pastor Marvin Pounds and Sister Anna Teeter-Gentile officiating. Burial will follow in the Head family plot, Fort Sumner Cemetery. Pallbearers will include Denzel Finney, Kelly Finney, Leroy Finney, Herbert Finney, Clifford Gunn, Joe Gammill, Clifford Kenyon, and Frank Martz. Honorary bearers will be all his many friends. Contributions in memory of Dub Head may be made to the Fort Sumner Cemetery Association, P.O. Box 180, Fort Sumner, New Mexico 88119. Arrangements are under the direction of Chavez Funeral Home, 830 N. Fifth Street, Fort Sumner, New Mexico. (575) 355-2311.
To order memorial trees or send flowers to the family in memory of Davis "Dub" Head, please visit our flower store.