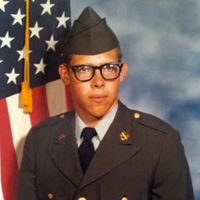 Donald L. Burk, age 55, of Fort Sumner, NM passed away on Saturday, September 28, 2019, at his home in Fort Sumner.  He was born January 17, 1964 in Hobart, OK to the home of Oscar Patrick Burk and the former Wilma Jean Hedgecoke.  The family moved many times over the years. He attended schools in Oklahoma, Kansas, California, and Colorado before he graduated High School in DeLeon, Texas.  While in High School Donald joined the U.S. Army National Guard and attended his Basic Training at Fort Sill in Lawton, OK. Donald served in the National Guard while he was living in Texas. The family moved to Portales, NM in 1974 and their final move to Fort Sumner in 1978. Donald met and married Jo Anna Combs in Fort Sumner, NM and has been a resident in the area since that time.  Donald was a member of the Church of Christ and enjoyed cars and motor cycles as well as hunting and fishing.  Donald is preceded in death by father Oscar Burk; his step father, Tom Tanuz; and a infant son John Allen Burk.  He is survived by two sons; Joseph Burk, and Justin Burk both of Lockesburg, AR, his ex-wife Jo Anna Combs all of Lockesburg, AR; two sisters, Terri Joyce and husband Michael, and Jeanie Kraft and husband Dennis. He is also survived by his mother Wilma Tanuz of Fort Sumner and a close friend Tracy Ramsey of Fort Sumner as well as many relatives and good friends. Funeral services will be held at 2:00 PM Friday, October 4, 2019 at the Fort Sumner Church of Christ with Mr. Silas Shotwell officiating. Burial will follow at Fort Sumner Cemetery. Pallbearers will include Michael Robles, John Staples, Jon Wright, Ted Ramsey, Frank Salazar, Chris Steele, Rudy Garza, and Jacob Saiz. Honorary Pallbearers will be Sherri Head, Alisha Anaya, Elizabeth Torrez, Ralf Jones, John White, Kathy Mickle, and Jim Hamon. Arrangements are under the direction of Chavez Funeral Home, 830 N. Fifth Street, Fort Sumner, New Mexico. To place an online tribute or sign the guest book go to www.chavezfuneralhome.com
To order memorial trees or send flowers to the family in memory of Donald Lee Burk, please visit our flower store.