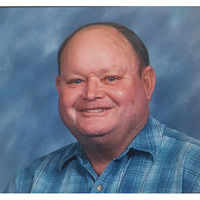 Donald Lee Morris, age 74 of Fort Sumner passed away at his home on Tuesday, October 27, 2020 following an illness. He was born June 08, 1946 in Fort Sumner to the home of Ira Lee and Wanda Alice (Bradshaw) Morris. Donald was raised in Fort Sumner where he attended schools. He graduated from Fort Sumner High School in 1965. Donald served in the U.S. Army from June 14, 1969 until his honorable discharge on June 15, 1971. He made his home in Fort Sumner where he worked as a farmer, and as a tax associate. According to his niece, Donald was a very gentle and loving person; he helped his brothers Lloyd and Dale through their health issues and tragedy. Donald loved living in Fort Sumner and was proud of the community her grew up in. Donald is preceded in death by his parents, three brothers Harvey, Lloyd, and Dale Morris. He is survived by one niece Michele Morris of Chula Vista, California along with a host of friends in the community. A Graveside interment service was held at 2:30 pm Thursday, October 29, 2020 at Fort Sumner Cemetery, Anna Teeter-Gentile officiated. Arrangements were under the direction of Chavez Funeral Home, 830 N. Fifth Street, Fort Sumner, New Mexico. (575) 355-2311.
To order memorial trees or send flowers to the family in memory of Donald Morris, please visit our flower store.