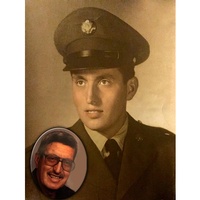 Flavio Larrañaga, 80 a longtime resident of Anton Chico, NM passed away Sunday, December 16, 2018 in Albuquerque following an illness, with his family at his bedside. He was born July 24, 1938 in Tapia, NM to the home of Juan and Josefita (Tapia) Larrañaga. He was raised in Encino where he attended and graduated from Encino High School. Flavio married Carmen Amelia Hijar on December 2, 1961 at Duran, NM. Flavio served in the U.S. Army, and was stationed in Germany. Following his honorable discharge, Flavio worked as a Highway Engineer Inspector for the NM Department of Transportation. He retired in 1985. He was a longtime member of San Jose Catholic Church in Anton Chico. Flavio enjoyed the outdoors, fishing, hunting, gardening, spending time with his grandkids, family and friends while instilling a strong work ethic along the way. He is preceded in death by his parents, a sister; Lupe Larrañaga and brother; Fernando Larrañaga Sr. A loving husband, father, grandfather, primo and friend, Flavio is survived by his wife of 57 years Carmen Larrañaga, a daughter Angela Larrañaga-Romero and husband Mark, two sons Anthony Larrañaga, and Rob Larrañaga and his wife Leslie, five grandchildren; Adriana Romero, Marcos Romero, Anthony John “A.J.” Larrañaga, Brandon Larrañaga, and Christian Larrañaga; and three sisters Elena Avila, Elvira Melero, and Nancy Baca and her husband Manuel along with a host of other relatives and many friends and former co-workers. Holy rosary will be recited at 7:00 pm Thursday, December 20, 2018 from St. Mary’s Catholic Church in Vaughn, NM, the Mass of Christian burial will be celebrated at 11:30 am Friday, December 21, 2018 from San Juan Bautista Catholic Church in Duran, NM. Interment with military honors will follow at San Juan Bautista Cemetery with Father Leonard Paskus officiating. Serving as Pallbearers will be Flavio’s Grandchildren; Adriana Romero, Marcos Romero, Anthony John “A.J.” Larrañaga, Brandon Larrañaga, Christian Larrañaga and great niece Kyra Hijar-Pizarro. Honorary bearers will be all his treasured friends and family. Arrangements are under the direction of Chavez Funeral Home, 923 S. Third Street, Santa Rosa, New Mexico. To place an online tribute or sign the guest book please go to www.chavezfuneralhome.com
To order memorial trees or send flowers to the family in memory of Flavio Larrañaga, please visit our flower store.