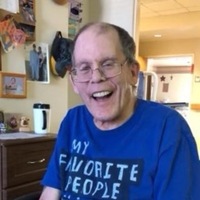 James "Jim" Vincent Enriquez, 72, of Tucumcari, NM passed away at Clovis Healthcare and Rehabilitation Center following an illness on June 22, 2022. Jim was born on November 16, 1949 in Nyack, New York to Ishmael and Mary (Caputo) Enriquez. Jim was raised in Chicago, Illinois and where he attended school, and later went to Northern Illinois University where he played football. Jim was married to the Kimberly Ann Husman on February 16, 1990 in Phoenix, Arizona. Jim worked as a carpenter in building construction. He assisted in construction all over the state of New Mexico. In April of 2005 Jim suffered from a stroke while on a job site, building a hotel in Gallup, NM. Jim loved football, and was an avid San Francisco 49ers fan. Jim's greatest joy came from the time he spent with his family, and invested his time into his kids activities. He coached T-Ball, little league, Soccer, and was a Cub Scout Leader. Jim is preceded in death by his parents, his father in law Thomas Husman, and one brother-in-law James Lee Roper. Jim is survived by his wife, Kim Husman Enriquez of Tucumcari, NM, his daughter Sara Enriquez of Amarillo, TX, his sons Josh Enriquez (Sarah) of Albert Lee, Minnesota, Taylor Husman Enriquez of Tucumcari, NM, Neil Oliver (Kari) of Shorewood, Wisconsin, and Seth McCorkle (Angie) of Reno, NV. He is also survived by a sister Mary Ann Enriquez of Des Plains, IL, a brother Michael Enriquez (Carol) of Leland, NC, two sisters-in-law Tammy Husman of Nara Visa, NM and Krissy Husman, his mother-in-law Kristine Husman of Tucumcari, NM. Jim is survived by four grandchildren and numerous nieces and nephews. A memorial service for Jim will be held at 1:00 PM on Saturday, July 02, 2022 at The Father's Forge, 622 S. Lake Street, Tucumcari, NM with Pastor Eddy Mardis officiating. Interment will follow at Tucumcari Memorial Park Cemetery. Urn bearer will be Elizabeth Alvarez. Arrangements are under the direction of Chavez Funeral Home, 830 N. Fifth Street, Fort Sumner, New Mexico. (575) 355-2311.
To order memorial trees or send flowers to the family in memory of James Enriquez, please visit our flower store.