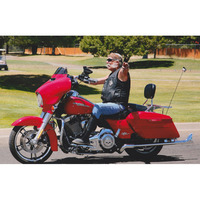 Jim LoRay Teal, 63 of Fort Sumner, NM passed away Friday, January 14, 2022 at his home. with his family at his bedside. He was born July 3, 1958 in Monterey, CA. He attended high school in Monterey, CA and received a Bachelor Degree from at Clovis Community College. Jim lived in Carlsbad, NM before making Fort Sumner his home in 2010. Jim studied and became a Master Journeyman electrician. He owned and operated J.T. Electric in Fort Sumner for several years. Grandpa Jim was such an adventurous person,a jack of all trades, a real hard core as some might say. He was a loving grandfather ,father and uncle Buddy, always welcoming his home to any of us when in need or even just to stop by crack a cold one and have a good conversation. His stories were always the best ,a peek into the many lives he lived. He always showed his family love weather it be tough love or a simple pat on the head to make sure we knew how much he loved us. He loved fishing, lighting the worlds biggest fire works, finding all different types of collectibles especially if it was anything Harley Davison and riding his Harley’s. He was a true biker through and through. He always took so much pride in his Harley’s, especially the ones he built from the ground up. Riding was his true passion. He had many talents, from being being able to take anything apart and put it back to together better then it was before, burning all the hamburgers and hotdogs while grilling but still some how making them taste delicious, to electronically wiring an entire buildings perfectly on his own. The list only goes on. He was a wonderfully skilled electrician earning him self multiple certifications and moving on to open his own company JT’s electric. Jim served four years in the U.S. Army from 1979-1983 when he was honorably discharged. His primary military specialty was Tactical Wire Operations Specialist. He received an Expert Badge with the M-16 Rifle and Hand Grenade; Overseas Service Ribbon, Army Service Ribbon, NCO Professional Development Ribbon; and the Good Conduct Medal. We thank him for his bravery and service. He truly was a kid at heart always cracking jokes, making funny faces and sounds, planning crazy adventures to take the grandkids on always leaving us with the best memories that never fail to make us fill with laughter. He loved all his kids, grandkids and former wife no matter what the circumstances were, through thick and thin he always did love us. He will always be remembered for his kindness ,and personable crazy personality, that also brought many friends from all over the world in which he cared deeply for. His memory will be forever cherished and kept alive by his grandchildren, children ,friends and family who adored him more than he knew. If only there were just a little bit more time for us all to be together but for now keep riding with your angel wings and Harley into the sunset, until we meet again. Ride in paradise. Jim is preceded in death by his father Jimmy Teal, his grandparents who raised him Crit and Sue Shann. Survivors include a son Justin Tipton of Clovis, four daughters Tina Teal, Tamara Tipton of Carlsbad, Christina Parsons (Jessup) of Clovis, and Tonya Lucero of Clovis, his ex wife Jackie Teal, one sister Patricia Jayjock and husband Stephen of Alexandria, VA, a close nephew John Spears, 17 grandchildren Corey Idtensohn of Albuquerque, Ryan Idtensohn of Albuquerque, Kyle Idtensohn of Albuquerque, Ashley Idetnsohn of Lubbock, TX, Britney Zamora, Desire Snell, Daniel Prince, Dominic Rodriguez of Albuquerque, Nautica Tipton of Dallas, TX, Ciara Tipton of Dallas, TX, Jackie Reavis of Clovis, Amber Bayless of Clovis, Gene Snell of Clovis, Austin Snell of Clovis, Angel Tipton of Clovis, Desiree Tipton of Clovis, Destiny Sanchez of Albuquerque, Avette Sanchez of Portales, Anjalina Sanchez of Albuquerque, and Luecious Lucero of Portales. His best friend and brother in law Mike Prince of Clovis, NM. Also surviving are several great-grandchildren, two nephews Brandon Minton and Nick Minton, along with a host of other relatives and many friends. Memorial services were held at 3:00 pm Thursday, January 27, 2022 in the Chavez Funeral Home Chapel. Interment with military honors followed at Fort Sumner Cemetery. Arrangements were under the direction of Chavez Funeral Home, 830 N. Fifth Street, Fort Sumner, New Mexico. (575) 355-2311.
To order memorial trees or send flowers to the family in memory of Jim L Teal, please visit our flower store.