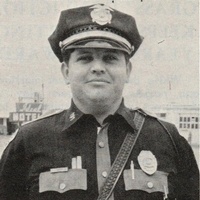 Joe “Pappy” Chavez, Jr., 69, passed away unexpectedly at his home in Vaughn, NM, on Saturday, February 23, 2019. Joe was born on July 8, 1949 in Bernalillo, NM to the home of Jose L. Chavez, Sr. and Beatrice (Sanchez) Chavez.  At an early age the family moved to Vaughn, where Joe was reared.  He attended school in Vaughn, graduating from Vaughn High School in 1967.  He was a Vietnam War Veteran, proudly serving his country in the Army.  Following his service in the Army, Joe began his career with the New Mexico Highway Department, in the capacity of Foreman, before retiring after 25 years of service.  He was also a member of the Vaughn Fire Department for 10 years and served as Vaughn’s Chief of Police as well.  Joe was a founding member of Vaughn’s EMT Service, was a Guadalupe County Reserve Deputy, President of the Vaughn Municipal Schools Board of Education, and was a licensed electrician—owning and operating Pappy’s Electric. A life-long parishioner of St. Mary’s Catholic Church, Joe was active in his faith and was a member of the Knights of Columbus.  A civic-minded individual, Joe was also active in the American Legion, Disabled American Veterans and the Masons.  In his spare time, Joe enjoyed hunting and fishing—and was an accomplished musician.  Joe was also delighted and treasured the time he spent with his family. Joe is preceded in death by his parents, Jose and Rose Chavez and Tom and Beatrice Ramirez. He is survived by his wife; Rita Chavez of Estancia, NM, and sons; Joe L. Chavez, III and wife Jennifer of Albuquerque, NM and William T. “Billy” Chavez of Vaughn, NM.  Grandchildren surviving Joe are; Stevie Ray Vaughn Chavez, Tayleer Marie Chavez, Shelly May Chavez, Michelle Mullens and Great-Granddaughter; Ema Chavez.  He is also survived by his brother; Tommy Chavez and wife Margie of Albuquerque, and nieces; Paula and husband, Ken Riley and Shannon Chavez, and a nephew; Eric and wife Miranda Chavez, as well as a host of family and friends. Recitation of the Most Holy Rosary is scheduled for Saturday, March 2, 2019 at 10:30 A.M. at Saint Mary’s Catholic Church in Vaughn, followed by the Mass of Christian Burial at 11:30 A.M., with Father Leonard Paskus officiating.  Innichement of cremains will follow at Santa Fe National Cemetery on Tuesday, March 5, 2019 at 3:00 P.M. Serving as Urn Bearers are; Stevie Ray Chavez, Tayleer Chavez, Eric Chavez, Michael Chavez, Gary Chavez, Leroy Bibiano, Ernest Aragon and Louie Nolan.  Honorary Urn Bearers are; Shelly Mae Chavez, Michelle Mullens and Amberlynn Chavez. All services are under the direction of Chavez Funeral Home, 923 S. Third St., Santa Rosa, NM.  575-472-3369.  To place an on-line condolence, please visit www.chavezfuneralhome.com
To order memorial trees or send flowers to the family in memory of Joe "Pappy" Chavez, please visit our flower store.