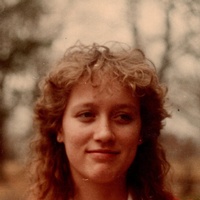 Juliette "Wueda" Howe, 55, of Santa Rosa passed away Monday, July 16, 2018 at her home.  Juliette was born on October 21, 1962 in Santa Rosa, NM to the home of Marshall T. Howe and Sophie (Ortega) Howe.  She attended schools in Santa Rosa, and after earning her GED went on to attend college. Juliette made her home in Santa Rosa where she worked as a housekeeper for several motels.  She was a parishioner at Saint Rose of Lima Catholic Church.  Juliette had a huge heart and was a very caring individual.  She took great joy spending time with her friends and family—particularly her nieces and nephews.  She also enjoyed listening to music, dancing and was a Buffalo Bills fan. Juliette is preceded in death by her grandparents; Guadalupe and Vera (Velasquez) Ortega, her brothers; Johnny Ortega and Albert Howe, and a nephew; Jovon Solomon. She is survived by her mother; Sophie Howe of Santa Rosa, brothers; Lupe (Jessica) Howe of Vaughn, NM, Lawrence Howe of Santa Rosa, Leonard (Susan) Howe of Clovis, NM, and Albert Ortega of Santa Rosa, and her sisters; Jeanette Howe and Joel Howe, both of Santa Rosa.  She is also survived by her Aunts and Uncles; Mr. and Mrs. Johnny Romero and Mr. and Mrs. Tommy Tapia, as well a host of nieces, nephews, family and friends. Serving as pallbearers are; Dominic Howe, Daniel Howe, David Tapia and all her nieces and nephews. Recitation of the Most Holy Rosary will be said on Saturday, July 21, 2018 at 10:00 A.M. from Saint Rose of Lima Catholic Church, and the Mass of Christian Burial following with Father Christopher Bernabe officiating.  Interment will follow at St. Joseph Cemetery in Santa Rosa. All services have been entrusted to Chavez Funeral Home, 923 S. Third St., Santa Rosa, NM  88435.
To order memorial trees or send flowers to the family in memory of Juliette G. Howe, please visit our flower store.