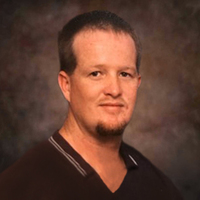 William Keith Marshall, 47 of Fort Sumner passed away Thursday, March 26, 2020 in a Lubbock, Texas hospital following a sudden illness. He was born June 1, 1972 in Fort Sumner to the home of Thomas and Patricia Marshall. Keith attended Fort Sumner Schools graduated 1990, attending New Mexico State University for one year. While attending Fort Sumner Schools, Keith was an all sport athlete in football, basketball and track. Keith farmed and baled hay in the Fort Sumner valley. Growing up Keith learned early on that when you work hard you will be rewarded for it. When Keith and all his cousins were younger, they would work on the plumbing truck with their granddad, George Walker. As an adult Keith worked for Jesse Craig Enterprises – Constructing towers in several states. He also worked for the Pecos Valley Nursery for a few years and for Scott Marshall Construction through the years. Keith’s hobbies including hunting and fishing. Only being allowed a single bullet when on a hunt. Keith was baptized in Las Cruces, New Mexico in 2010, loved the lord, his children and his parents. Read the bible regularly, was a very kind person who would help a stranger on the side of the road. Keith is preceded in death by his maternal grandparents George and Margrete Walker and his paternal grandmother Shirley Marshall. Keith is survived by two sons Bryan Marshall, Jesse Marshall, a daughter Elizabeth Marshall, his parents Thomas & Patricia Marshall, grandparents Mr. & Mrs. Hubert Marshall, a brother Scott Marshall, and the mother of his children Theresa Lucero, all of Fort Sumner, along with many nieces, nephews and a host of friends. Visitation hours will be Sunday from 1pm to 5pm at the Chavez Funeral Home. Due to the NM Governor's Order related to the corona virus, attendance at all funerals is limited to the immediate family. Family graveside services were held at 10:00 am Monday, March 30, 2020 at Fort Sumner Cemetery with Mr. Tom Oliver officiating. Pallbearers included Jerrett Richards, Ricky Sanchez, Aurelio Vigil, Stevie Gauna, Ted Ramsey, Eddie Gutierrez, and Gary Mares. We ask that you keep Keith's family in your prayers. Please sign the online guestbook or leave a note of condolence to share with his family. The family requests memorial contributions in memory of Keith Marshall to Fort Sumner Cemetery Association, P.O. Box 180, Fort Sumner, NM 88119. All arrangements are under the direction of Chavez Funeral Home, 830 N. Fifth Street, Fort Sumner, NM. (575) 355-2311.
To order memorial trees or send flowers to the family in memory of Keith Marshall, please visit our flower store.