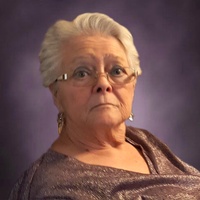 Lela Faye Smith Daniels, 73, passed peacefully into heaven on Sunday, May 19, 2019, after an extended illness. LeLa resided at the Beehive Home in Roswell, New Mexico. Lela Faye Smith Daniels was born on August 11, 1945 in Mesquite, Texas to Edward Lewis and Era Bernice Smith. She was the 11th child in a family of 12 children. Lela spent most of her childhood in and around Mesquite. She moved to Roswell, NM with her parents and younger brother Charlie, when she was in junior high. Lela attended North Junior High and Roswell High School. Lela met the love of her life, Stinson Daniels, on the school bus. Stinson and his cousins were picking on her younger brother Charlie, and Lela was very angry with him. No one realized at the time that this meeting would lead to 45 years of marriage. Lela married Stinson Martin Daniels on September 23, 1961 in Roswell, New Mexico. They resided at the family ranch north of Roswell before moving to Ft. Sumner, New Mexico in the 1960's. Lela worked at Dave's Grocery Store and the Pecos Valley Care Center, but she was primarily a homemaker and full time wife and mother to her family. Lela enjoyed sewing, crocheting, reading and painting. She was an avid quilter, and made many treasured quilts for family members. The family moved back to the family ranch in 1979, where they were active members of the Dunlap ranching community. They resided there until moving into Roswell when Stinson became ill. Stinson preceded Lela in death in 2006. Lela and Stinson were the proud parents of four children: Jay, of La Junta, CO, Gina Simmons (Kevin) of Roswell, NM, Anna Pitts (Mike) of Artesia, NM, and Jane Huckabee (Jeff) of Canyon, TX. They were proud grandparents of 8 grandchildren: Heather (David) of Pagosa Springs, CO, JW (deceased), Katie of La Junta CO, Issac (Norma), Jordon (Carrie), and Kendra (Carlos) of Roswell, NM, Ethan of Phoenix, AZ, and Reed (Cheri) of Amarillo, TX, and 10 great grandchildren: Thaecia, Calysta, Kyra, Victoria, Madelayne and Devin of Roswell, NM; Bethannie, Kiki, and Wallace of Pagosa Springs, CO, and Sage of Amarillo, TX, also surviving are two sisters Dora Springer and Ouida Yaws. Lela requested a simple graveside service. She be laid to rest beside Stinson. The graveside service will be at 11:00 am Wednesday, May 22, 2019 in the Daniels family plot at Fort Sumner Cemetery with Anna Teeter-Gentile officiating. Arrangements are under the direction of Chavez Funeral Home, 830 N. Fifth Street, Fort Sumner, New Mexico. (575) 355-2311.
To order memorial trees or send flowers to the family in memory of Lela Faye Daniels, please visit our flower store.