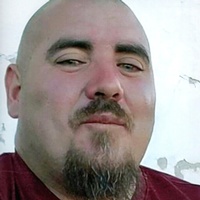 Lucas Randy Tapia, 35, formerly of Las Vegas, NM, passed away peacefully surrounded by his loving family at Presbyterian Rust Medical Center in Albuquerque, NM on October 10, 2018. Lucas was born in Roswell, NM on August 24, 1983 to the home of Dennis Tapia and Lala (Pacheco) Tapia.  He was a life-long resident of Las Vegas where he was an entrepreneur and “picker”.  Lucas was an avid hunter, fisherman and antique collector—he enjoyed the outdoors and cooking on his disco.  He spent a great deal of time with his family as he was truly devoted to them, and they to him.  He also loved his dogs, particularly because each one was a rescued pet.  Lucas—affectionately known as Skip to my Luke, had a unique gift for being able to touch people’s lives in a quiet way that was a blessing which wasn’t readily recognized.  He was loved by so many and never met a stranger.  To say that he will be missed is an understatement. Lucas is preceded in death by his father; Dennis Tapia, paternal grandparents; Cipriano and Guadalupe (Lupe) Tapia, maternal grandparents; Salomon and Rita Pacheco, his Godparents; Lorenzo and Linda Castillo and his cousin; Jenaro Alvidez. Lucas is survived by his mother; Lala Pacheco (Joe Esquibel) of Santa Rosa, his brother; Ramon Tapia of Santa Rosa, his girlfriend; Allison Sanchez of Las Vegas, as well as numerous aunts, uncles, cousins, nieces, nephews and friends. Serving as pallbearers are; Dominic Chavez, Jason Pacheco, Benny Aragon, Christopher Pacheco, Aaron Coca and Andres Aguilar.  Honorary pallbearers are; Jacob Cordova, Patrick Gutierrez, Eric Hester, Chika Gallegos, Will Gonzales, Uncle Mike, and all his many friends. Recitation of the Most Holy Rosary will be Saturday, October 13, 2018 at 10:30 A.M. from Saint Mary’s Catholic Church in Vaughn, NM followed by the Mass of Christian Burial, with Father Leonard Paskus officiating.  Interment will follow at Evergreen Cemetery in Vaughn.Visitation will be Friday, October 12, 2018 from 1:00 P.M. to 4:00 P.M. at Chavez Funeral Home in Santa Rosa. All arrangements have been entrusted to Chavez Funeral Home, 923 S. Third St., Santa Rosa, NM  88435.  575-472-3369
To order memorial trees or send flowers to the family in memory of Lucas R. Tapia, please visit our flower store.