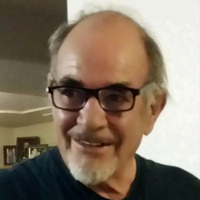 Pedro Filandro Ulibarri, 80 of Vaughn, NM passed away peacefully on Monday, October 25, 2021 at the BSA Hospital in Amarillo, TX. Pete was born in Vaughn, NM to the home of Juan and Avelina (Romero) Ulibarri on April 13, 1941. He attended and graduated from Vaughn High School and continued to Carpentry Trade-schools where he learned his profession as a contractor. Pete married Sandra Lee (Romero) on April 1, 1966. Pete and Sandra made their home in Ramon, Albuquerque and eventually settling in Vaughn. With his loving wife Sandra by his side Pete owned and operated several restaurants including Woody’s Truck Stop, The Americano Cafe, The Club Cafe and Pedro’s Burritos. Pete built many commercial buildings like the Pyramid at the Winrock Mall, many Motel 6’s spanning from California to Arkansas. Pete served in the United States Army from 1964 until his Honorable discharge in 1966. Pete was stationed in Germany and loved telling his family stories about his time there. Pete retired in 2018 to enjoy time with his grandsons. Pete was a member of St. Mary’s Parish and member of the Knights of Columbus. Pete held offices as Guadalupe County Commissioner and Mayor Pro Tem in Vaughn, NM. Pete was an avid hunter, enjoyed woodworking, catered many funerals, weddings and many church fiestas and was very much involved with the Democratic Party. Pete loved to read, history and telling his family many stories about his life. Pete is preceded in death by his wife Sandra Lee (Romero), his parents Juan Ulibarri and Avelina (Romero), brothers, Christobal, Alberto, Johnny and Leroy, sisters Maggie (Chavez), Suzie (Tenorio) and Angie (Clevenger) and son-in-law Andres Nieto. Pete is survived by his children; Peter and wife Doreen (Rivera) of Rio Rancho, Tara Nieto and Albert Ulibarri of Vaughn, close family friend Nicole Lopez of Trampas, two sisters; Bernice Dominguez of Espanola and Patsy of Portales and brother; Raymond of Vaughn. Pete had 4 grandsons: Matthew, Damian, Gabriel and Dante. Recitation of the Most Holy Rosary will be Saturday, October 30, 2021 at 9:30am at Saint Mary’s Catholic Church in Vaughn, NM, followed by the Mass of Christian Burial at 10am, officiated by Father Timothy Meurer. Burial of cremains, will full Military Honors, will follow at Evergreen Cemetery in Vaughn with Pedro’s grandsons: Matthew, Damian, Gabriel and Dante Ulibarri serving as Urn Bearers. Arrangements are under the direction of Chavez Funeral Home, 923 S. Third St., Santa Rosa, NM 88435. 575-472-3369.To place an online condolence or tribute please visit www.chavezfuneralhome.com.
To order memorial trees or send flowers to the family in memory of Pedro Filandro Ulibarri, please visit our flower store.