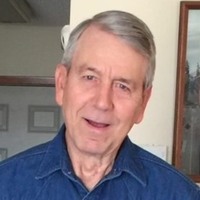 Ronny Bruce Morris, 68 a lifelong resident of House, NM passed away Friday, September 9, 2022 at Retirement Ranch in Clovis, NM following an illness. He was born December 01, 1953 in Tucumcari, NM the son of Spence and Laverne Morris. Ronny grew up and attended school in House and graduated from House High School with the class of 1971. He was a longtime farmer, and served time as the House Fire Chief from 1991 to 2002 and as an EMT with House Fire and Rescue. Ronny enjoyed hunting, playing basketball, and water skiing. Ronny is preceded in death by his father, Spence Morris in 2013; mother, Laverne Morris in 2015; a brother, Robby Morris in 1974; a sister, Nancy Jones in 2010; maternal grandparents, Cline and Irene Carpenter; and paternal grandparents, Clint and Bertha Morris. Ronny is survived by his three sisters, Clarice (Lewis) Hendricks of Kalispell, Montana, Sue Morris of Midland, Texas, Kathy O'Bryant of Henderson, Nevada; and one brother, Ricky Morris of Clovis, NM; two aunts, Cissy Carpenter and Gay Blair both of Albuquerque, NM. Also surviving are ten nieces and nephews, Dolores (Joe) Feger, Sid (Colette) Hendricks, Melissa Hendricks, Dan (Kathy) Colibri, Kim (Scott) Conner, Tammy Gaffney, Natalie (Paul) Parasugo, Zane Morris, Avery Morris, Maddox Morris; along with many other relatives, and good friends. The family would like to give a special thanks to Julie Worster, Rita Martin, Dyron Ray, the staff at Retirement Ranch of Clovis, and to Kindred Hospice of Clovis for the friendship, and care given to Ronny. Visitation for family and friends will be held Friday, September 16, 2022 from 1pm to 6pm in the Chavez Funeral Home Chapel, Fort Sumner, NM. Graveside services will be held at 11:00 am Saturday, September 17, 2022 at the House Cemetery in House, NM with Mr. Sherman Martin officiating. Pallbearers will include Zane Morris, Avery Morris, Maddox Morris, Pat Lyons, Gary Morris, and Dyron Ray. Honorary Pallbearers are Jimmy Snipes, and the members of the House Fire and Rescue Department. Arrangements are under the direction of Chavez Funeral Home, 830 N. Fifth Street, Fort Sumner, New Mexico. (575) 355-2311.
To order memorial trees or send flowers to the family in memory of Ronny Morris, please visit our flower store.