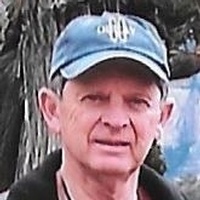 Stephen Lawrence Ratliff, 75 of Montrose, Colorado passed away at his home on September 16, 2018. He was born October 4, 1942 in Pueblo, CO to the home of L.C. and Jessie May (Philips) Ratliff. At the age of one his family moved to Fort Sumner, NM where Stephen lived for 58 years. He was a farmer, served four years as President of the Fort Sumner Irrigation District, one year as President of the De Baca County Fair Board, and many years as Chairmen of the Agricultural Stabilization Conservation Service. He was a longtime member of First United Methodist Church in Fort Sumner. Stephen was an avid hunter and fisherman; he retired to Ouray, CO in 1999 where he loved to hike and jeep. While in Ouray, Stephen worked with the Ouray Trail Group, drove the Senior van, was an active member of the Lions Club, ENOHJA, and enjoyed the Curmudgeons who succeeded in solving the world’s problems over a cup of coffee. He and his wife, Patty, moved to Montrose in 2013, where they joined the Black Canyon Classic Car Club and remained members of the United Church of the San Juans. Stephen is survived by his wife, Patricia Henn Ratliff of Montrose, CO, his son Gary Lawrence Ratliff and grandsons, Jack and Milo Ratliff all of Littleton, CO. He also leaves his brothers Eddie Ratliff (Delynn) of Durant, OK, and Frank Ratliff (Joleen) of Pagosa Springs, CO, sister Nancy Crownover (Russell) of Cloudcroft, NM, son-in-law Tim Benoist of Clovis, NM and many cousins and friends. He was preceded in death by his parents, his first wife Amy Sinclair Ratliff and his daughters, Deborah Ratliff and Shelly Benoist. After valiantly fighting the cancer multiple myeloma for four years, Steve was able to leave his tortured body to be embraced by his Lord. He died peacefully in his home with his wife, Patty and son, Gary by his side.A memorial service was held September 29, 2018 in Ridgway, Colorado. Graveside interment services will be held at 11:00 am, Saturday, November 24, 2018 in the Ratliff family plot, Fort Sumner Cemetery with Anna Teeter-Gentile officiating. In lieu of flowers, please consider a donation to Hopewest Hospice or the New Mexico Boys and Girls Ranch.Local arrangements are under the direction of Chavez Funeral Home, 830 N. Fifth Street, Fort Sumner, New Mexico. (575) 355-2311.
To order memorial trees or send flowers to the family in memory of Stephen L Ratliff, please visit our flower store.