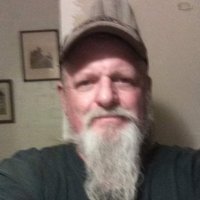 Theodore "Ted" Bryan Ramsey, 55 of Fort Sumner, NM passed away on Saturday, April 04, 2020 at his home following a short illness. He was born March 4, 1965 at a medical clinic in Embudo Station, NM. Ted grew up in Taos, NM until the age of 13, his family moved to Fort Sumner in 1980 where he attended and graduated from Fort Sumner High School. Ted lived in California for a short time where he learned the trade of a metal duct work fabricator. He also worked with a fiber optic construction company. While in Fort Sumner he was self employed as an engine mechanic and a handyman. He enjoyed doing woodwork, making cabinets and furniture. He was also an artist and made jewelry, all the items he made were given as gifts to his friends. Ted is preceded in death by his mother Mary Ann Ramsey in 2008, and his grandmother Elmira Smalley in 1986. Survivors include his father, Tom Ramsey and his wife Elayne of Comanche, Texas, a sister Tammy Muro and her husband Joseph of Las Cruces, a niece Angeline Muro and nephew Grant Muro both of Las Cruces. Ted is also survived by a host of friends and good neighbors. Cremation has taken place, interment of cremains was held at 3:00 pm Thursday, April 9, 2020 at Fort Sumner Cemetery. We ask that you keep Ted's family in your prayers. Please sigh his online guestbook or leave a favorite memory or tribute for his family. www.chavezfuneralhome.com Arrangements are under the direction of Chavez Funeral Home, 830 N. Fifth Street, Fort Sumner, NM (575) 355-2311.
To order memorial trees or send flowers to the family in memory of Ted B. Ramsey, please visit our flower store.