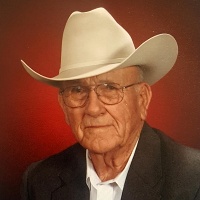 Lawrence Wendell Reagan, 89 passed away Saturday, June 8, 2019 at St. Anthony Healthcare in Clovis, NM following an illness. Wendell was born October 09, 1929 in Melrose, NM to the home of Monte Cristo and Lela Edith (Hayden) Reagan. He attended schools in McAlister, Forrest, and House, NM where he graduated in 1948. He attended Eastern New Mexico University where he received his Bachelors and later his Masters Degree. Wendell also played semi-pro baseball in Clovis for three years. Wendell was drafted into the United States Army on February 9, 1951 where he served with Company G 224th Infantry Regiment. He received the Combat Infantry Badge, the Korean Service Medal with 1 bronze Service Star and the United Nations Service Medal. He was honorably discharged on January 30, 1953. Wendell married Carol Ann Shipley on August 4, 1954 in Fort Sumner, NM. Wendell was a longtime school teacher and administrator. He taught for over 25 years including 15 years at Hobbs, NM, 1 year at House, NM and 9  years at  Tucumcari. He also served as school principal while at Hobbs and Tucumcari. Wendell also ranched and farmed in Quay County, he made his home on the ranch in 1992. He was a longtime member of McAlister Church of Christ and later moved his membership to the Melrose Church of Christ. He was a lifetime member of the National Education Association, the National Rifle Association, and the New Mexico Farm and Livestock Bureau. He enjoyed fishing and hunting, farming and ranching. Wendell is preceded in death by his parents, two brothers Monte Wayne Reagan and an infant Dwayne Reagan, three sisters Wilma Hennington, Edda Pearcy, and Odessa Sorels. Survivors include his wife Carol Ann Shipley Reagan of the ranch home, one daughter Paula Ann Reagan of Justin, Texas, three sons Monte Guy Reagan of Monument, CO, Larry Wayne Reagan and his wife Kathleen of the family ranch home, and Lewis Allan Reagan and his wife Roberta of Celina, Texas. Also surviving are nine grandchildren and four great-grandchildren along with numerous nieces and nephews. Visitation hours will be Thursday, June 13, 2019 from 1pm to 6pm at the funeral home. Funeral services will be held at 2:00 p.m. Friday, June 14, 2019 at the Fort Sumner Church of Christ with Lecil Richards and Powhatan Carter officiating. Burial will follow in the family plot, Fort Sumner Cemetery. Pallbearers will be Bennett Reagan, Patrick Reagan, Sean Reagan, Scott Reagan, Bradley Smith, and Bryan Rector. Honorary bearers will all his church friends from the Melrose and Fort Sumner Church of Christ. Contributions in memory of Lawrence Wendell Reagan may be made to the Christian Children's Home, 1356 NM 236, Portales, New Mexico 88130. Arrangements are under the direction of Chavez Funeral Home, 830 N. Fifth Street, Fort Sumner, New Mexico. (575) 355-2311.
To order memorial trees or send flowers to the family in memory of Wendell Reagan, please visit our flower store.